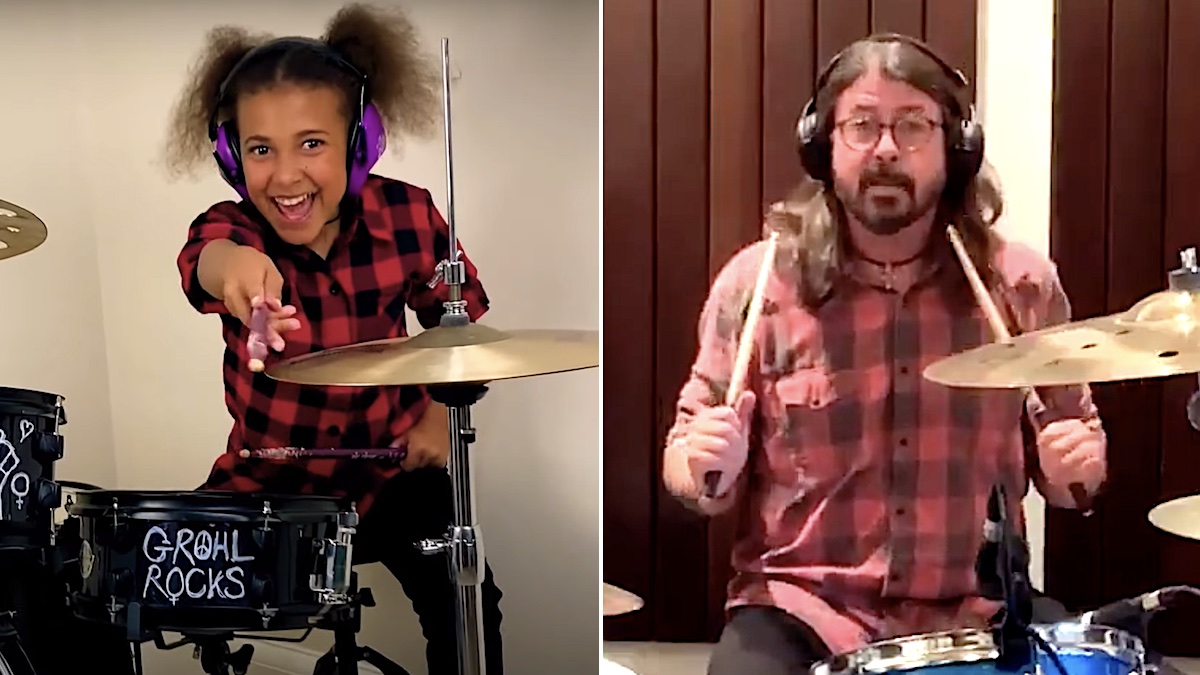 In an otherwise tough year for the entertainment industry (and the world), this could very well be the feel-good music story of 2020. After Dave Grohl accepted 10-year-old Nandi Bushell’s challenge for a drum-off, the young YouTube sensation has continued the battle by matching the rock star’s performance of Them Crooked Vultures’ “Dead End Friends”.

To quickly recap, it all started when Nandi rocked Foo Fighters’ “Everlong” a couple weeks ago, and issued a challenge to Grohl for a drum battle. This past weekend, Grohl responded by using his daughter Harper’s drum kit to rock a bit of “Everlong” and a full performance of “Dead End Friends” by Them Crooked Vultures, his supergroup featuring Queens of the Stone Age’s Josh Homme and Led Zeppelin’s John Paul Jones. In his video, Grohl told Nandi that the ball’s in her court.

Nandi immediately posted a reaction video, expressing her excitement that Grohl responded, but also declaring that she was accepting his challenge.

Now, less than a week later, the talented UK-based youngster has already mastered the Them Crooked Vultures track. In a video posted Thursday (September 3rd), Nandi plays the song beat for beat with Grohl, and even rocks a similar outfit to the one that the legendary Nirvana drummer wore in his own challenge video.

In her YouTube description, Nandi stated, “It was an honour to be part of the most #EPIC #ROCK in battle in history! With the most awesome, fun, kind and legendary Dave Grohl! Thank you for giving me this incredible opportunity. I am extremely grateful. The Rock Gods of old are happy!”

It’s been quite a year for Nandi, who received praise from Tom Morello for her cover of Rage Against the Machine’s “Guerrilla Radio”, on which she played drums, guitar, and bass. The RATM guitarist shipped her one of his new Soul Power Stratocasters, which she then used to perform Audioslave’s “Cochise”. Just last week, she received kudos from Metallica’s Kirk Hammett for her cover of “Enter Sandman”.

Watch Nandi Bushell take on Dave Grohl with her drum cover of “Dead End Friends” below.