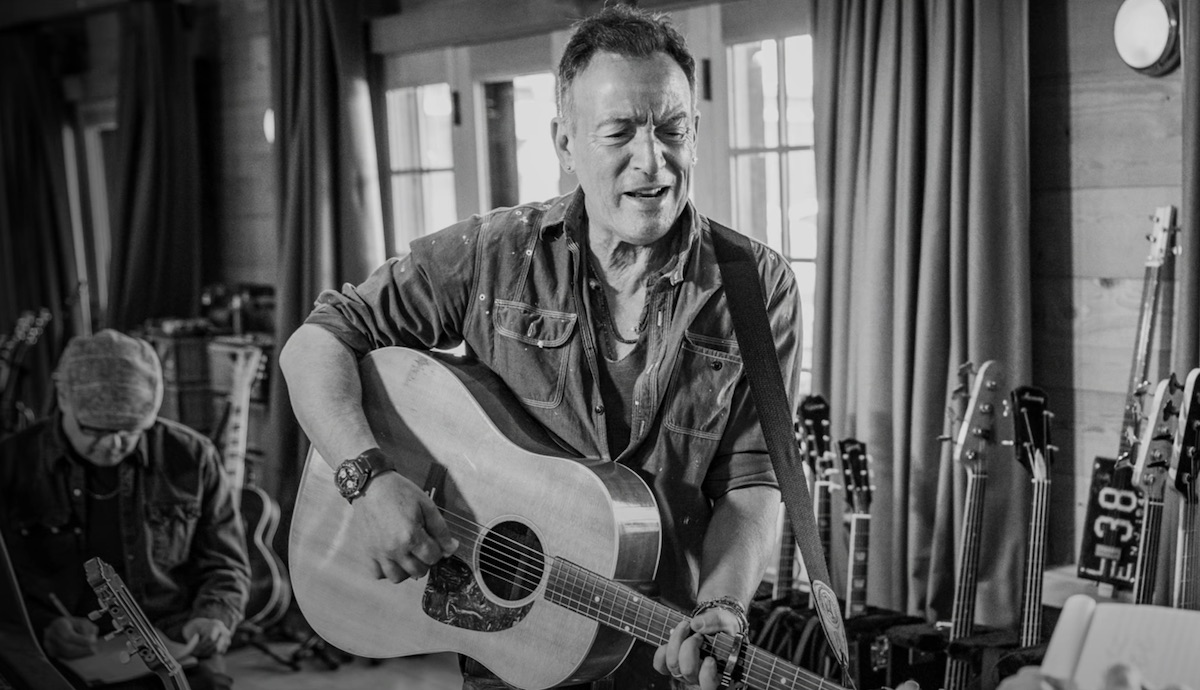 Bruce Springsteen is set to return next month with a new album called Letters to You. In a new Rolling Stone profile, the legendary singer-songwriter credits a seemingly innocuous gift given to him by an Italian fan for reinvigorating his creativity and inspiring him to write the album.

As Springsteen tells it, upon exiting the venue following a performance of his Springsteen on Broadway residency, a fan walked up to him and gifted him a guitar. “I said, ‘Geez, you know, thanks.’ And I just took a quick glance at it and it looked like a nice guitar, so I jumped in the car with it,” recounted Springsteen.

Months later, Springsteen found himself in a creative rut. “You’re down in the mines,” he told Rolling Stone, “and you’re searching for different veins of creativity. Sometimes you burn through one, so you have to search for something else. That vein can burn out for years or weeks at a time.… You’re also at the mercy of events.”

Shortly thereafter, Springsteen hit his New Jersey studio with The E Street Band and recorded the album “completely live, in a way we’ve never done before, and with no overdubs. We made the album in only five days, and it turned out to be one of the greatest recording experiences I’ve ever had.” Letters to You marks Springsteen’s first album with The E Street Band since 2014’s High Hopes, and is set for release on October 23rd.

Elsewhere in the profile, Springsteen reveals he’s currently sorting through his vaults of unreleased music for a second installment of his Tracks archival collection. “There’s a lot of really good music left,” he noted.

While quarantined safe at home, Springsteen has been keeping busy this year. He made a special appearance on the Joe Strummer livestream tribute concert, aired a powerful radio program in honor of George Floyd, and hasn’t slowed his criticism of Donald Trump for his so-called leadership nor his handling of the COVID-19 pandemic.

Listen to the title track to Letters to You, which doubles as its lead single: