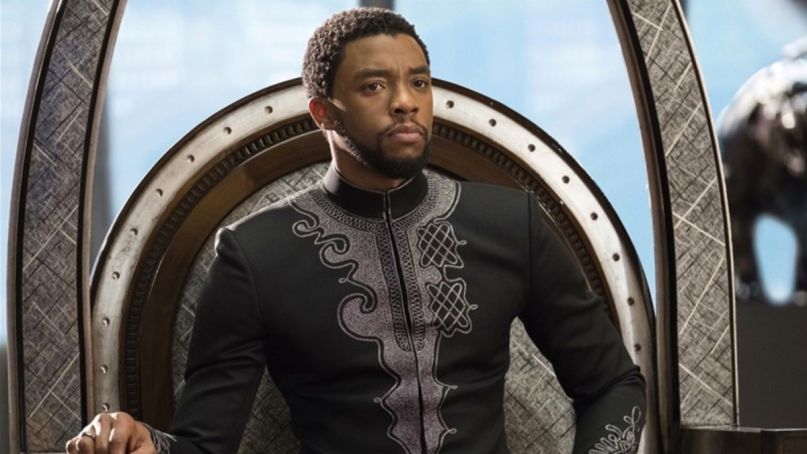 After the news of Chadwick Boseman’s tragic passing, fans quickly launched a petition to replace a Confederate statue in his hometown of Anderson, South Carolina with a new memorial honoring the Black Panther actor. Unfortunately, the Confederate statue can’t be removed without first acquiring a two-thirds vote from state legislature due to South Carolina’s Heritage Act law, but local officials are working on creating the next best thing: a statue of Boseman for permanent placement elsewhere in the city.

According to Terence Roberts, the mayor of Anderson, South Carolina, the city is already “enthusiastically working on a permanent public tribute to honor the late actor,” reports TMZ. The statue will include “a mix of sculpture with mural or art elements.” While an initial sketch has not yet been made public, the city did confirm that they’ve already contacted an artist and have brainstormed several potential ideas for the piece.

Mayor Roberts also revealed that he and the rest of the Anderson office working on the statue want to get the community involved, too. They will be seeking public input regarding the memorial in the near future to ensure that it makes the city proud.

Boseman was born and raised in Anderson until he left to study at Howard University in Washington, D.C. Soon after, he was swept up in the world of acting, starring as the Black Panther in the titular film as well as in Captain America: Civil War, Avengers: Infinity War, and Avengers: End Game. He also played Jackie Robinson in 42, James Brown in Get On Up, Thurgood Marshall in Marshall, and starred in Spike Lee’s Da 5 Bloods.

Boseman was just 43 years old when he passed away following a secret battle with colon cancer that lasted four years. Countless tributes to the actor have since poured in, including personal notes from his Marvel co-stars, director Ryan Coogler, and Michael B. Jordan.