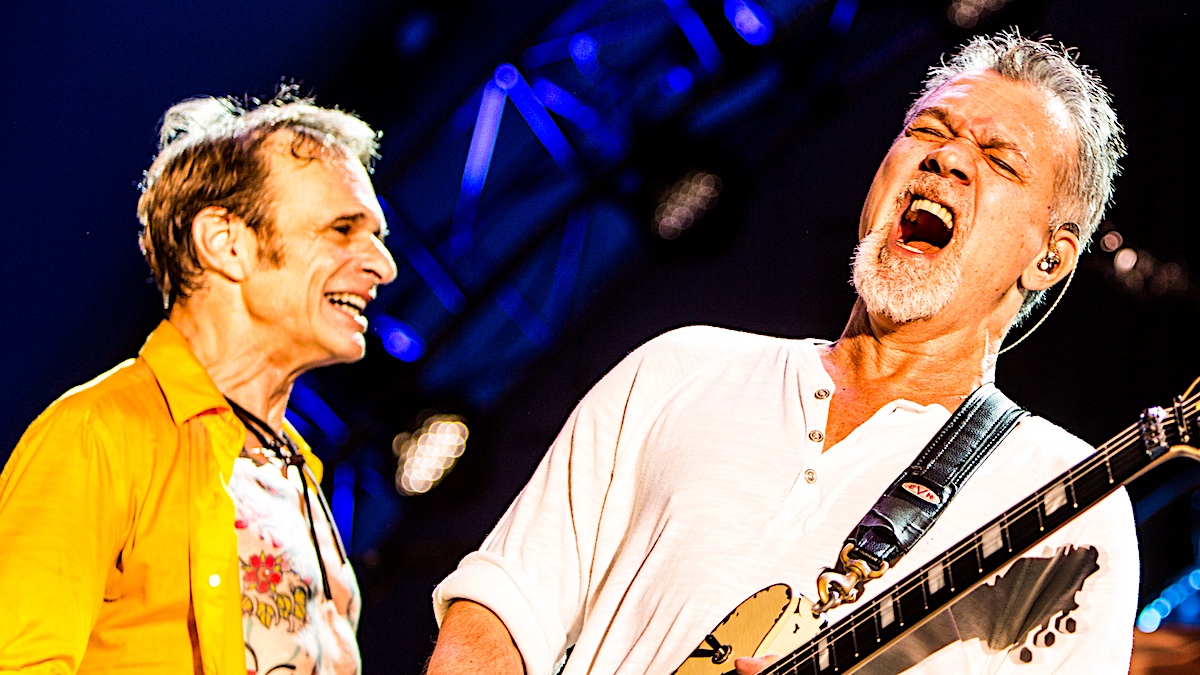 David Lee Roth has honored his longtime bandmate Eddie Van Halen, who passed away on Tuesday (October 6th). The singer offered a short but poignant tribute, joining fellow Van Halen members past and present in saluting the guitar god.

Eddie Van Halen died after a battle with throat cancer, and the tributes have poured in from the music and entertainment world. On Tuesday evening, David Lee Roth shared a photo of himself with Eddie, with the words, “What a long great trip it’s been.”

Gary Cherone, who served as Van Halen’s singer from 1996 to 1999, tweeted, “Whether you were blessed to have known him or not, He was a kind and gentle soul… His impact on ALL our lives was immeasurable! His music, eternal! My deepest sympathies to the Van Halen family… Love you Ed.”

And Wolfgang, Eddie’s son and Van Halen’s most recent bassist, wrote, “I can’t believe I’m having to write this, but my father, Edward Lodewijk Van Halen, has lost his long and arduous battle with cancer this morning. He was the best father I could ever ask for. Every moment I’ve shared with him on and off stage was a gift. My heart is broken and I don’t think I’ll ever fully recover from this loss. I love you so much, Pop.”

Thus far, there’s been no statement from Eddie’s brother, drummer Alex Van Halen. The band’s only other onetime member, early bassist Mark Stone, passed away just a couple weeks ago.

What a Long Great Trip It’s Been.. pic.twitter.com/M5pmkVi7hW

Heartbroken and speechless. My love to the family. pic.twitter.com/MQMueMF2XO

Whether you were blessed to have known him or not, He was a kind and gentle soul… His impact on ALL our lives was immeasurable! His music, eternal! My deepest sympathies to the Van Halen family… Love you Ed #LongLiveTheKing!