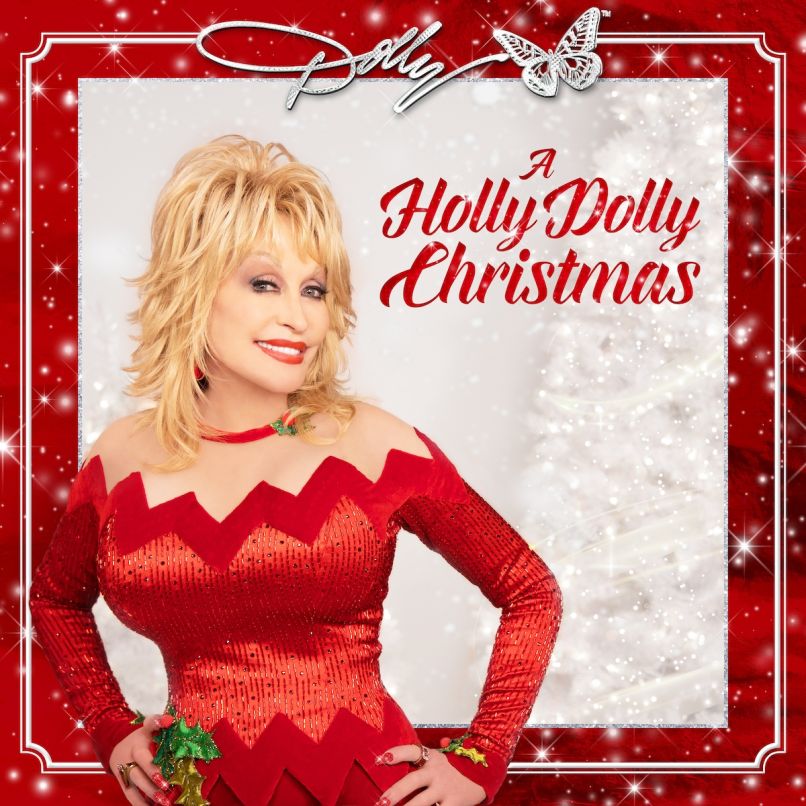 The Lowdown: Christmas means different things to different people. For some, it holds great spiritual significance. For others, it’s one of the few times a year where they are able to reconnect with the ones they love most. And for others still, it’s a much-needed day off work, an excuse to spoil each other with gifts, or even a cue to snuggle up next to someone special. The holidays can mean any number of things, and if Nashville legend Dolly Parton’s new Christmas album, A Holly Dolly Christmas, has one consistent message for her eclectic fan base, the “Cult of Many Colors,” it’s come all ye … well, everyone. In other words: the more the merrier.

The Good: In that spirit, Parton throws a Christmas party with a little something for everyone. She opens with a playful tribute to Burl Ives and “Holly Jolly Christmas”, one of her favorite holiday songs and the tune that inspired this album. Her original “Christmas on the Square” captures the joyful hustle and bustle of the season in a hoedown-worthy romp. On the gently rocking “Circle of Love”, Dolly raises her voice to tell the story of Jesus’ birth and sacrifice in way that feels sincere and welcoming to all — religious or not — who are thankful for life’s blessings and appreciate a moment of reflection around the holidays.

Still, Parton remains at her best when imparting the homespun wisdom and thoughtfulness that make her such a beautiful soul. She slips back into the role of Hannah Montana’s Aunt Dolly as Miley Cyrus joins her on “Christmas Is”, another Parton original. Like her signature “Coat of Many Colors”, the duet with Cyrus reminds us that it’s the “kindness, love, and compassion” of the season — and not the superficial trimmings — that make us blessed. Willie Nelson joins her on his own 1963 song “Pretty Paper”, the two tugging at the tear ducts as they sing of those who get forgotten this time of year. Dolly does joke and ham it up plenty, which is a large part of her charm and appeal, but in a year that has largely felt void of compassion, tender songs that put the season into perspective are the ones that linger longest.

The Bad: A Holly Dolly Christmas mostly avoids the trappings that relegate so many Christmas albums to box-store bins and discount racks at gas stations. The candy-cane sweet production and canned backing vocals largely get swapped out in favor of country tinges, like soft fiddle skating in the background and down-home voices joining in on choruses. However, some of the friskier fare falls on the forgettable side of the festivities. While elves may blush at the playfully naughty duet with Michael Bublé (“Cuddle Up, Cozy Down Christmas”), and Jimmy Fallon giggling like a schoolboy through a sweet back-and-forth take on Mariah Carey’s “All I Want for Christmas” deserves a gush or two, the shtick feels far too decorated next to Parton’s more sentimental selections and quickly becomes skippable. The same goes for the classic “I Saw Mommy Kissing Santa Claus”, which even at only a few minutes feels like it sticks around a few smooches too long.

The Verdict: In a year that’s felt incredibly divisive by any measure, Parton’s been a steadying voice of compassion, empathy, and fairness. As someone who grew up having to do without and who has been misunderstood or underestimated for much of her career, it makes sense that Dolly is quicker to embrace than pass judgment. It’s an outlook that has led her to fight the good fight for decades — whether it be paving the way for women songwriters, proving blondes have plenty of brains, or getting books into the hands of children. But in 2020, it’s her simple down-home warmth and kindness that we appreciate most. In a time where so many of us find ourselves at each other’s throats, Parton’s invitation to put pettiness aside — at least long enough to sing some Christmas songs — feels like the kind of gift we could all stand to find under the tree.