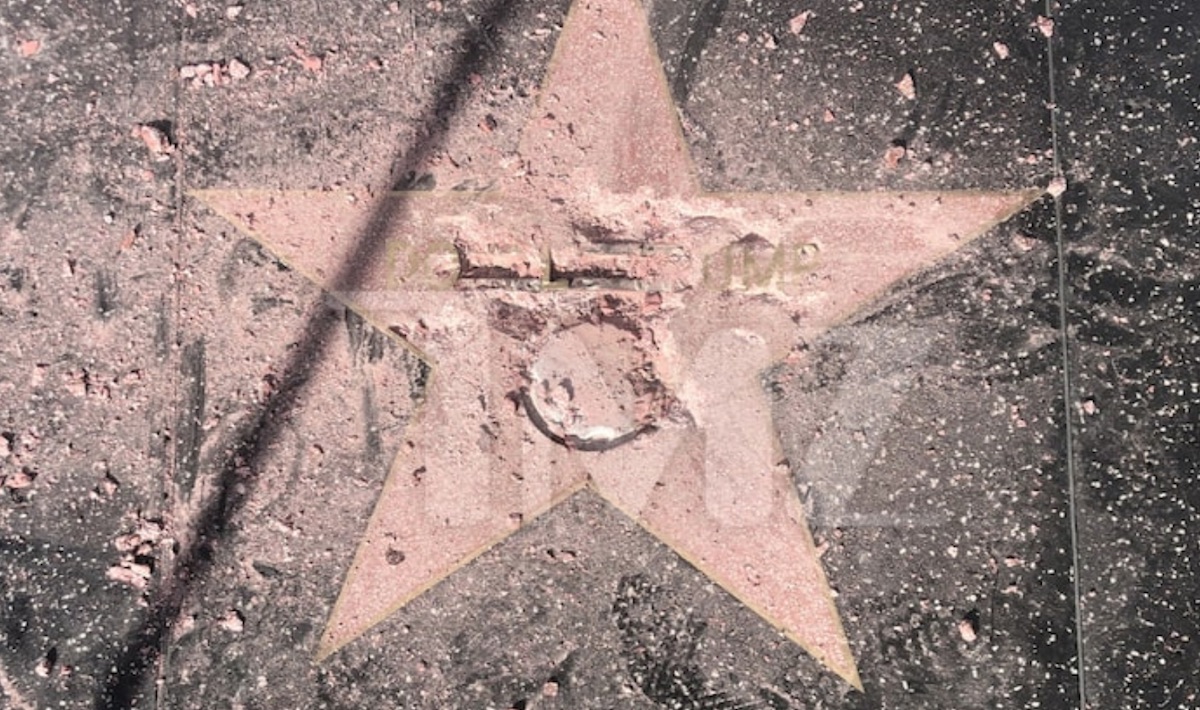 Out of all the celebrities named on the Hollywood Walk of Fame, it seems like Donald Trump is the one whose star is most frequently and intentionally vandalized. Once again, someone has damaged his plaque, but this time it was not at all who the cops expected: The Hulk.

According to TMZ, law enforcement sources said a man who was dressed up as the Incredible Hulk in all of his green glory is to blame for the most recent damage. The person took a pickaxe — seemingly the preferred demolition tool for the job — to Trump’s star at 5:00 a.m. PT this Friday, destroying it “beyond recognition.” Apparently, Trump gave him too many reasons to be angry.

So far, nobody has been arrested and police are still investigating the scene. However, a felony vandalism report taken that morning lists the cost of damage as exceeding $5,000. Considering how many times Trump’s star has been vandalized, coated in paint, and literally smashed to pieces, it seems like the most cost-effective solution would be to remove Trump’s star altogether.

“Any star, which is vandalized or destroyed, no matter which honoree it belongs to will be replaced by the Hollywood Historic Trust, a non-profit, non-partisan group,” said Hollywood Chamber of Commerce President and CEO Rana Ghadban. “When people are angry with one of our honorees, we would hope that they would project their anger in more positive ways than to vandalize a California State landmark. Our democracy is based on respect for the law. People can make a real difference by voting and not destroying public property.”

Funny she should mention that! Back in 2018, the West Hollywood City Council unanimously voted to remove Trump’s Walk of Fame star, claiming his “disturbing treatment of women and other actions do not meet the shared values of the City of West Hollywood, the region, state, and country.” Mark Hamill even suggested they replace his star with one for the late Carrie Fisher. We like the Star Wars actor’s suggestion best of all. Frankly, Princess Leia done far more for bettering pop culture than Trump has.