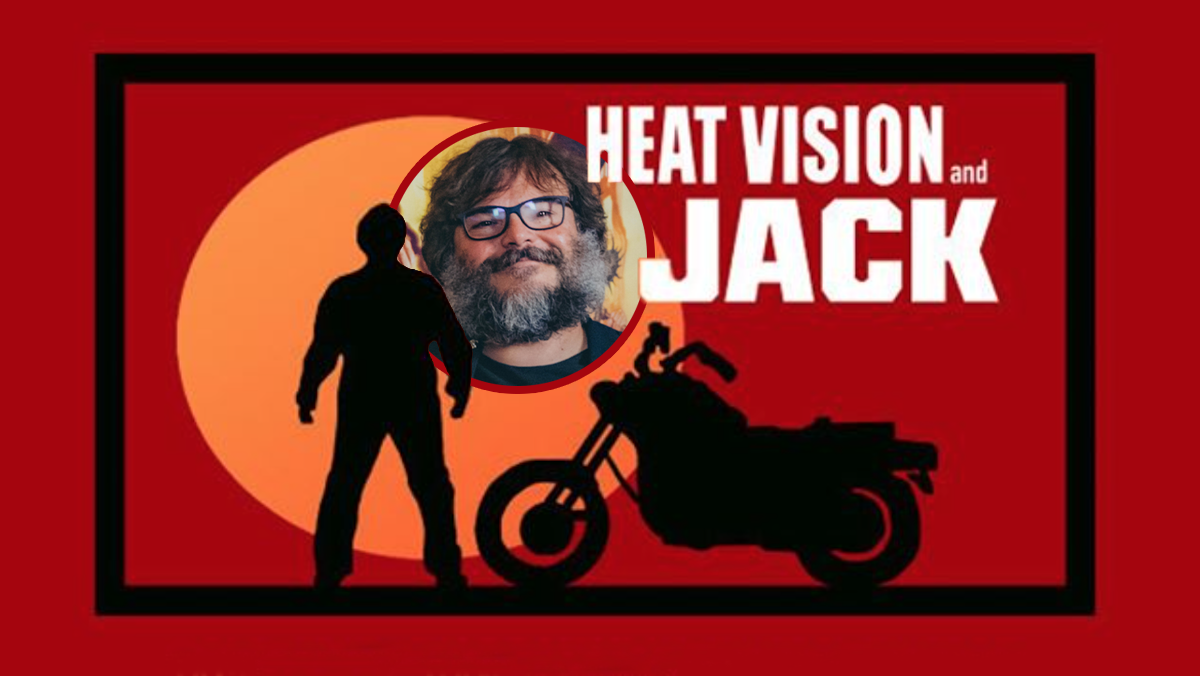 The trend of charity livestream table reads is about to knock you back on your coal-mining asses. Jack Black has announced he’ll lead a reading of the pilot script for his failed 1999 comedy series Heat Vision and Jack.

Written by Dan Harmon (Rick and Morty) and Rob Schrab (The Sarah Silverman Show) and directed by Ben Stiller, the Fox pilot Heat Vision and Jack is a wonderfully weird lo-fi vestige of the ’90s. It starred Black as Jack Austin, a former astronaut granted super-intelligence when his space capsule gets “inappropriately” close to the sun. However, his knowledge is only enhanced during daylight hours, returning to normal at night. Owen Wilson voiced his companion, Heat Vision, the result of Jack’s unemployed roommate, Doug, merging with his own motorcycle. Together, they stumble into adventures as they run from NASA, who want to remove Jack’s brain for science.

The pilot also featured the late Ron Silver as himself, a villainous NASA agent who appears to have super-strength and invulnerability. Christine Taylor co-starred as a local Sheriff who joins Jack as he hunts the alien broadcast signal Paragon (Vincent Schiavelli).

With computer effects that would be considered C-level even for its time and a patently ridiculous story line, it’s not terribly surprising the show never got picked up. Still, the pilot (marked as “Episode 14”) has lived on as a cult classic in bootleg form, and now Black will bring it back to life for 2020.

Joining him for the table read will be Harmon and Shcrab, as well as filmmaker Taika Waititi (Jojo Rabbit) and actress Toni Trucks (TV’s SEAL Team). Other special guest stars are also promised, though no names have been announced.

It all goes down Sunday, October 18th at 8:00 p.m. ET/5:00 p.m. PT as a benefit for World Central Kitchen. Tickets are available through House Seats and are set at $12.50. Below, watch the Heat Vision and Jack pilot for a taste of what viewers are in for. After all, knowledge is power… for real.