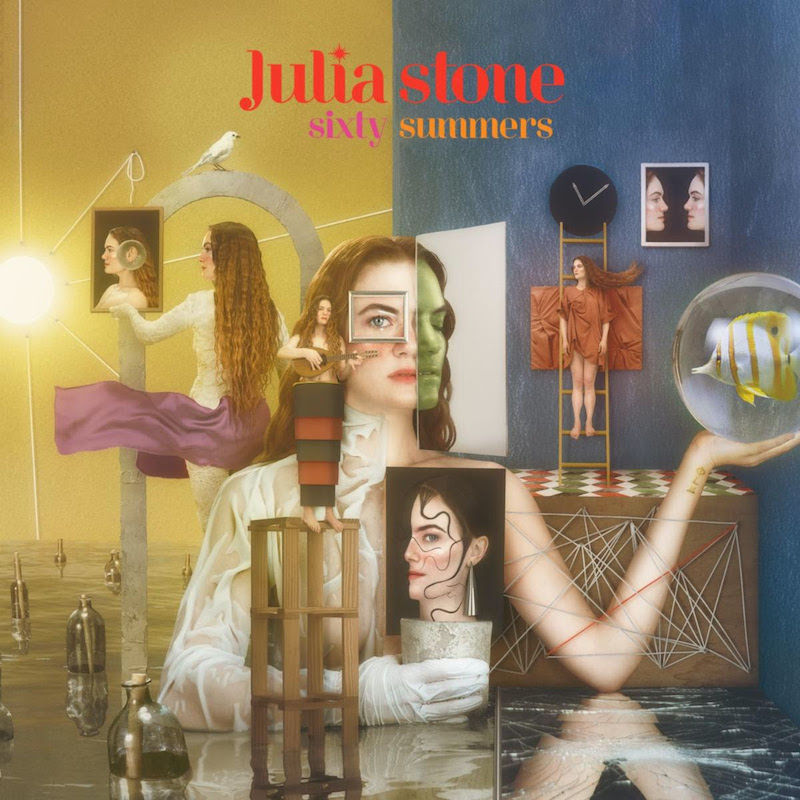 It’s been nearly a decade, but Julia Stone has finally announced a new solo album. Sixty Summers is due for arrival February 19th through BMG.

Stone released Snow in 2017 as part of her brother-sister duo Angus and Julia Stone, but this forthcoming project is her first solo record since By the Horns in 2012. St. Vincent and Thomas Bartlett (Sufjan Stevens) co-produced the effort, and it features additional guest contributions from The National members Matt Berninger and Bryce Dessner.

Among the 13 tracks included are “Break” and “Unreal”, both of which were released over the summer and indicated Stone was headed in a more synthpop-influenced direction. There’s also today’s newly unveiled single “Dance”.

“‘Dance’ was written as I thought about those very rare and often very special times when strong messages are sent and received silently between people,” Stone remarked in a statement. “I was thinking about the moments we can share, when words are ineffective to communicate to those you love or are just unnecessary in a moment of deep connection… When there’s nothing else to say or do, ‘Why don’t we dance’… It occurs with love and happiness but also pain and empathy. Heart, in all its appearances.”

To help recreate some of these wordless yet powerful moments, Stone recruited veteran actors Danny Glover and Susan Sarandon to star in the “Dance” music video. In the clip directed by Jessie Hill, the two prepare for their first date, which adorably features a nighttime stroll and dance through the streets of New York. Watch down below, and then head here to pre-order Sixty Summers.

Speaking to Rolling Stone about the making of the visual, Hill said,

“After Danny said ‘OK, I’m in,’ he asked me, ‘So who are you thinking for the leading lady?’ And I said to him, ‘Who’s the most incredible woman who comes to mind over 60?’ He didn’t skip a beat and said, Susan Sarandon! Then he spoke about their connection through politics. Both Susan and Danny had met supporting and attending Bernie Sanders rallies over the years. We spoke about some other actresses as well, but I already knew Susan was the one.”

“Particularly in this moment, I wanted to make a memorable video with a whimsical message about love. A story reflecting the times, where more than ever we need to come together and connect. I also wanted to explore an oft-neglected demographic and reframe the way we look at age.”