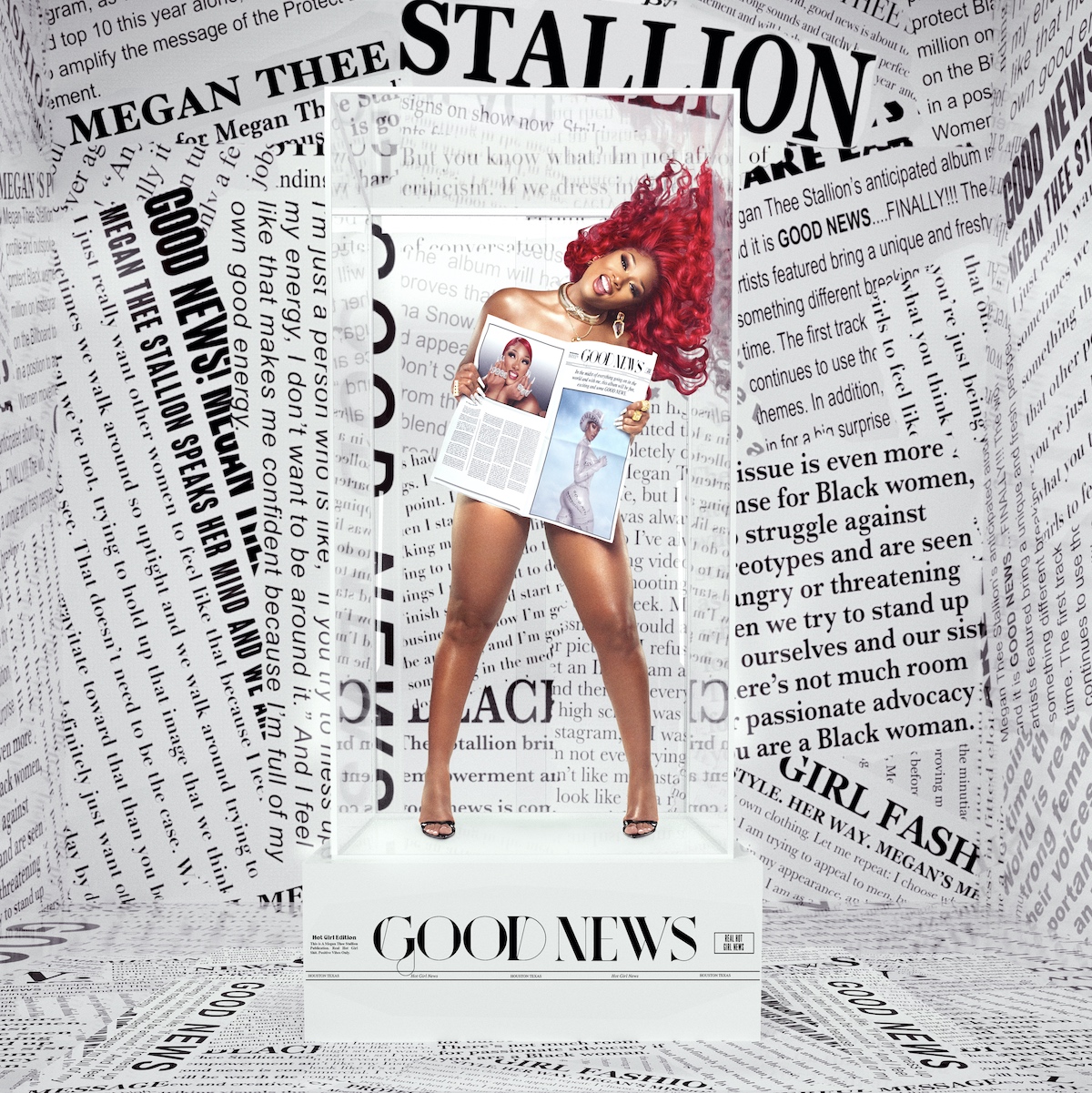 Megan Thee Stallion has been an unstoppable force over the last year and a half, stretching from “Hot Girl Summer” to “WAP”. But for all the ubiquity of the rapper’s hits, she still doesn’t technically have a full-length album out. Well, good news for all the hotties out there, because that changes next week when Megan Thee Stallion drops her debut LP, Good News.

As Megan herself announced in an Instagram post, Good News is set to arrive on November 20th. Pre-orders and pre-saves are expected to be live at midnight tonight (November 12th), giving fans a full week to anticipate the hotness.

The title Good News is very intentional, as Megan Thee Stallion wanted to inject some inspiration into a crappy year. “Through this rough ass year we’ve all been having I felt like we could all use a lil bit of good news,” she wrote on the post revealing the album’s cover art.

No tracklist or guests have been revealed, though it’s expected this past summer’s “Girls in the Hood” and the recent “Don’t Stop” featuring Young Thug will be included.

Good News follows Megan Thee Stallion’s March EP Suga, which featured the smash hit “Savage”. Not only did the track spark a viral TikTok dance challenge, it was one of our favorite songs of the year to that point.

The album also arrives in the midst of some bad news with which Megan herself has been dealing. During an altercation in July, she was shot in the foot by Troy Lanez. Lanez has denied he was behind the trigger — even releasing a whole album about it called DAYSTAR — but was recently charged with felony assault in connection with the incident. If convicted, he could face up to 22 years in prison.