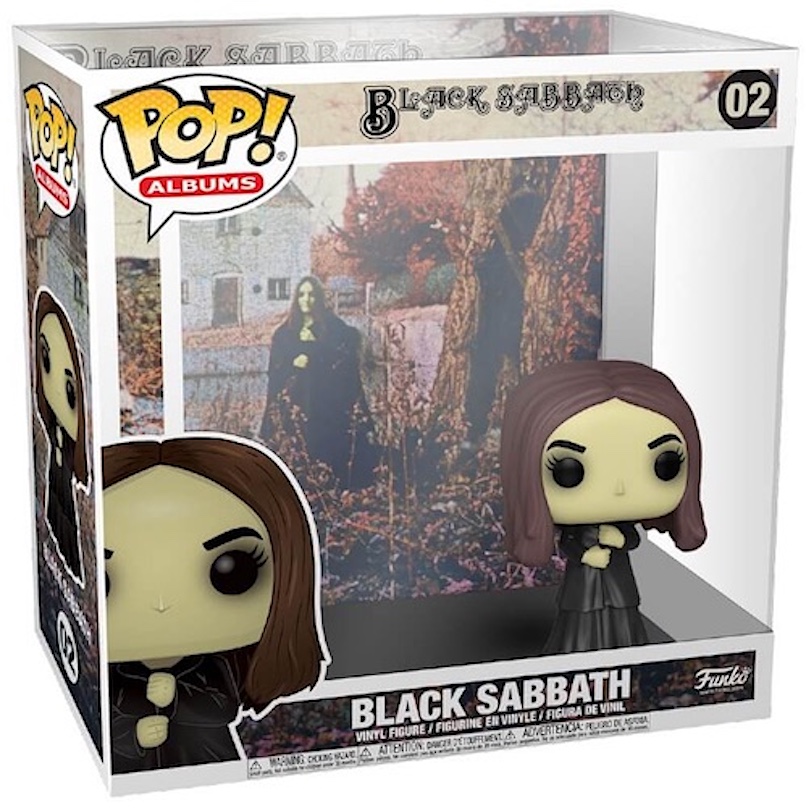 Funko’s popular line of collectible Pop! figures has expanded over the years to include a wide array of music, film, and television subjects. Even with the toy company’s vast roster, who would’ve thought that the mysterious woman from the cover of Black Sabbath’s debut album would get her own Funko Pop! figure?

That’s exactly the case in a new line of Funko Pop! figures based on classic albums. The first Funko “Pop! Albums” series features figures modeled after three iconic album covers. One of those is Sabbath’s self-titled debut, while the others are Notorious B.I.G’s Ready to Die and AC/DC’s Back in Black.

Upon its release in 1970, Sabbath’s debut album helped usher in what the world knows now as heavy metal. The woman on the ominous cover had remained a mystery until earlier this year, when she was located and profiled in a feature for Rolling Stone. Her name is Louisa Livingstone, and she was 18 or 19 at the time of the Sabbath cover shoot. She went on work as a model and actress, but admitted she wasn’t the biggest Black Sabbath fan.

“Black Sabbath is just not my kind of music,” said Livingstone in the feature. “I feel awful for saying it, because it’s probably not what people want to hear, but it isn’t particularly my kind of music. When I got the album, I gave it a listen and moved on.”

The Funko Pop! collectible is fully endorsed by Black Sabbath, who tweeted out an image of the image in its box, complete with the album cover as a background.

Meanwhile, the Notorious B.I.G. figure represents the baby who was on the late rapper’s multiplatinum album Ready to Die. The AC/DC one didn’t have much to work with, since Back in Black is a mostly black album cover. To represent that classic LP, Funko Pop! went with a black & white figure of guitarist Angus Young.

See close-up images of all three new Funko! Pop figures below. The Black Sabbath one is due to arrive in January. There’s a pre-order link at Amazon, where it temporarily out of stock, but it’s also available via online toy retailer Entertainment Earth. The Notorious B.I.G. figure arrives this Thursday (October 15th), and is available now from Amazon. The AC/DC collectible, due out in December, is a Walmart exclusive that’s available here.

These figures follow an earlier announcement of new Funko Pop! collectibles of Motörhead, Slipknot, Slayer, and Ghost. The Lemmy, Slayer, and Ghost ones have since come out, and can be ordered here, here, and here, respectively. The Slipknot figures have been delayed until February 2021, but are available for pre-order here. 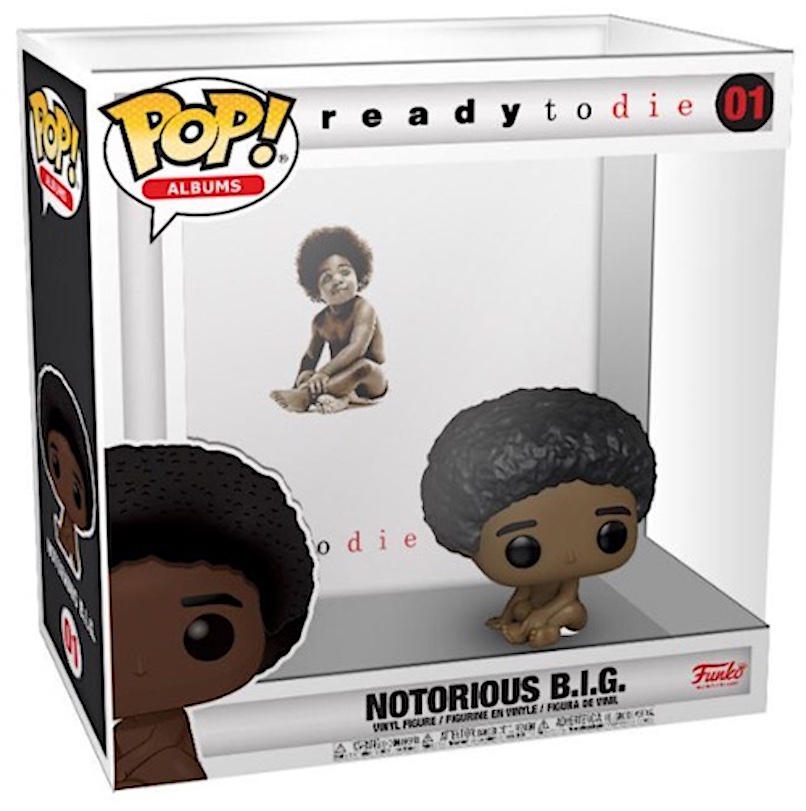 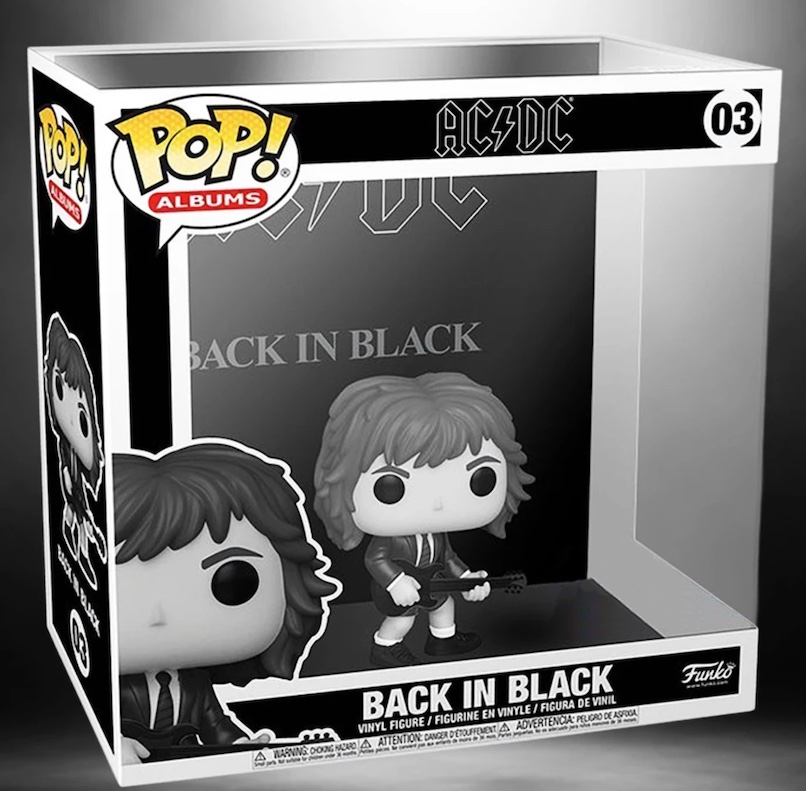