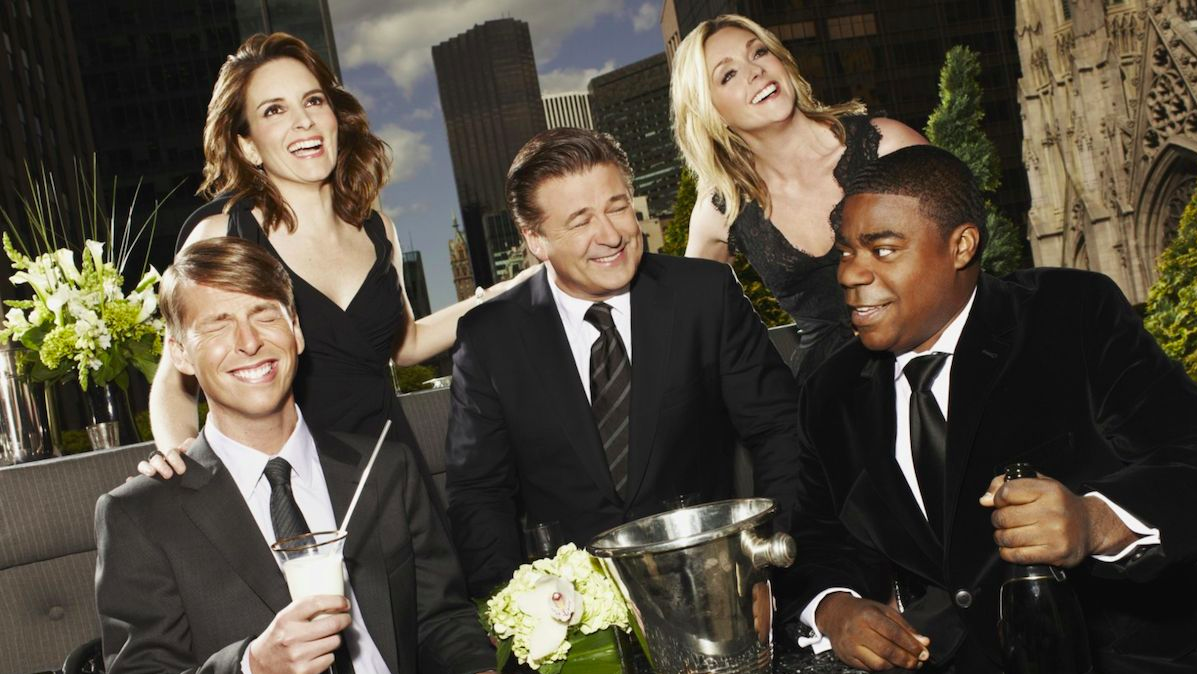 Attention 30 Rock lovers — and sorry if that word bums you out unless it’s between the words ‘meat’ and ‘pizza’ — but the 30 Rock reunion special has finally arrived. If you want to go to there, you can watch it now on the NBC website.

Unlike other recent reunions, such as Parks and Recreation’s fundraiser for Feeding America, 30 Rock: A One-Time Special is in service of NBC’s corporate overlords. Granted, as Jack Donaghy once said, every television show exists “to fill time between car commercials.” But here, the products being sold are NBC and its new streaming service Peacock, and half the commercials are seamlessly integrated into the reunion itself. But the special’s writers Tina Fey and Robert Carlock are also mocking their own willingness to shill, so it fits into the tradition of 30 Rock sketches like “Can we have our money now?”and “We all love Snapple.”

“This is the time for all Americans to do their duty to get the economy back on track. TGS employed dozens of otherwise unemployable people. I need you to get the band back together.”

Dutifully, Lemon video conferences with former TGS writers Frank (Judah Friedlander) James (Keith Powell), and Lutz (John Lutz), who all agree. Producer Pete Hornberger (Scott Adsit) is going through a new midlife crisis, but he’s still game to join. And while Tracy (Tracy Morgan) plays hard to get, and Jenna Maroney (Jane Krakowski) is actually un-hireable after she got herself cancelled, both wind up on the reunion.

No mention is made of the ongoing coronavirus crisis. But most of the action takes place over Zoom calls, and except for a few real-life spouses, actors are never in-frame together. The one exception is Kenneth and his lusty assistant, Vivica, who is also played by Jack McBrayer. Corporate shilling or no corporate shilling, 30 Rock hasn’t lost its wacky sense of humor.

The reunion special comes loaded with big-name guest actors, including Dwayne “The Rock” Johnson, Khloe Kardashian, Ted Dansen, Al Roker, Andy Samberg, and dozens more. The Zoom calls makes this kind of thing easy, while also providing lots of setups for the show’s punchy one-liners. So live every week like it’s Shark Week, and check out the reunion special now.

Peacock launched on Wednesday. It features 134 of 30 Rock’s 138 episodes, minus the four removed for featuring blackface.