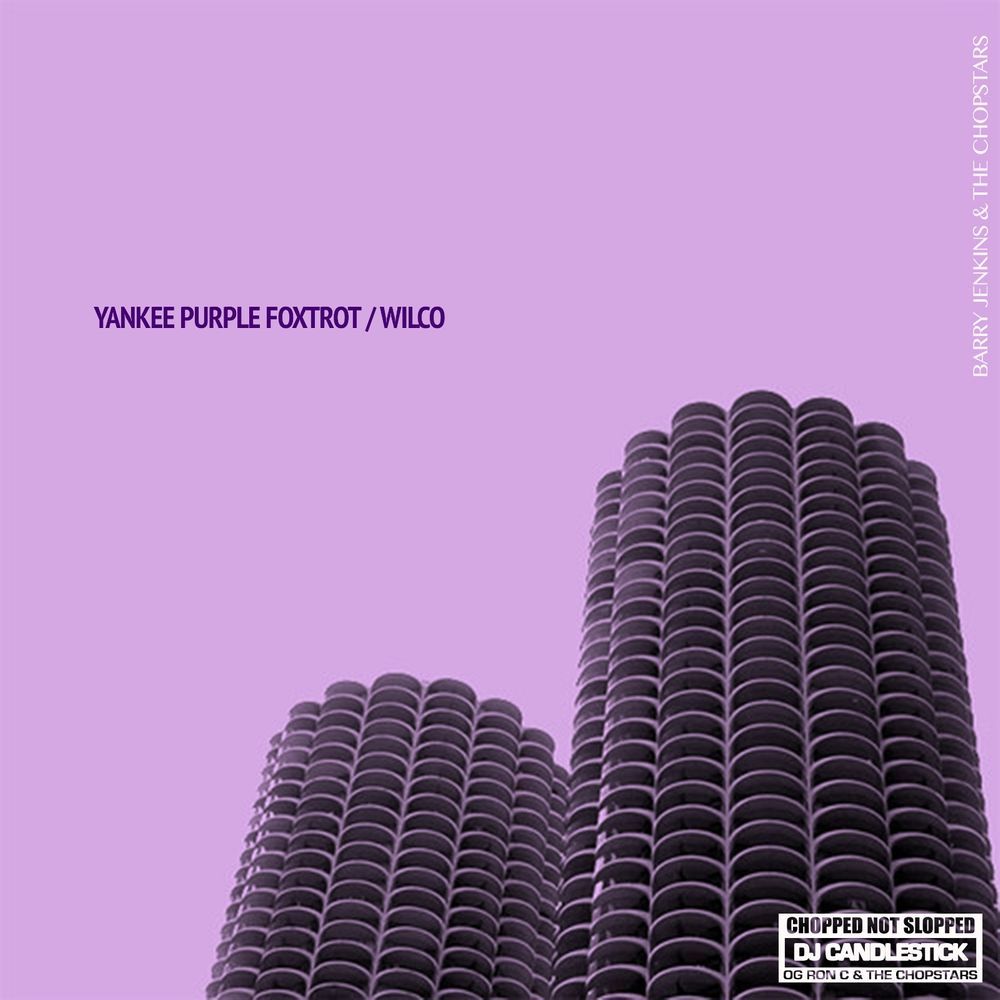 Last Friday, Wilco reissued Summerteeth in celebration of its 20th anniversary. Another throwback Wilco album, Yankee Hotel Foxtrot, is in the spotlight this week, and it’s all thanks to filmmaker Barry Jenkins. In news that’s sure to make you do a double take, the revered Moonlight director has remixed the entirety of Wilco’s classic 2001 record.

Jenkins’ new reworking bears the fun title Yankee Purple Foxtrot and was done in collaboration with The Chopstars, a Houston-based collective of DJs known for their remix albums. Indeed, everything from “War on War” to “I Am Trying to Break Your Heart” has been “chopped and screwed” courtesy of the Oscar-winning director and his turntablist Texas pals.

According to Jenkins, today’s release coincides with Joe Biden’s presidential win over the weekend. “Some Americana for the timeline given recent events,” he tweeted on Monday. “#YeehawAgenda is alive and well.”

On paper it may seem like a totally unexpected project from the filmmaker, but he’s actually released a number of remix collections with The Chopstars. In 2017, they all reworked Grizzly Bear’s Veckatimest and Painted Ruins. That same year, Jenkins & co. also dropped Purple Moonlight, a “chopped” version of the Moonlight soundtrack. Most recently, they “screwed” with the OST for Jenkins’ If Beale Street Could Talk to create If Beale Street Was Chopped.

Stream Yankee Purple Foxtrot down below, and then head over here to see where the original Yankee Hotel Foxtrot landed in our comprehensive ranking of Wilco albums.

In other recent news, it was announced that Jenkins is set to direct The Lion King prequel. Wilco frontman Jeff Tweedy also just put out a new solo album dubbed Love Is the King.

NOBODY asked for this BUT… in a world where Jeff Tweedy and the boyz was from Houston, TX… @candlestickem, @OGRONC and me present YANKEE PURPLE FOXTROT ☂️

Some Americana for the timeline given recent events. The #YeehawAgenda is alive and well 👌🏿https://t.co/Ez5YWkJcu3