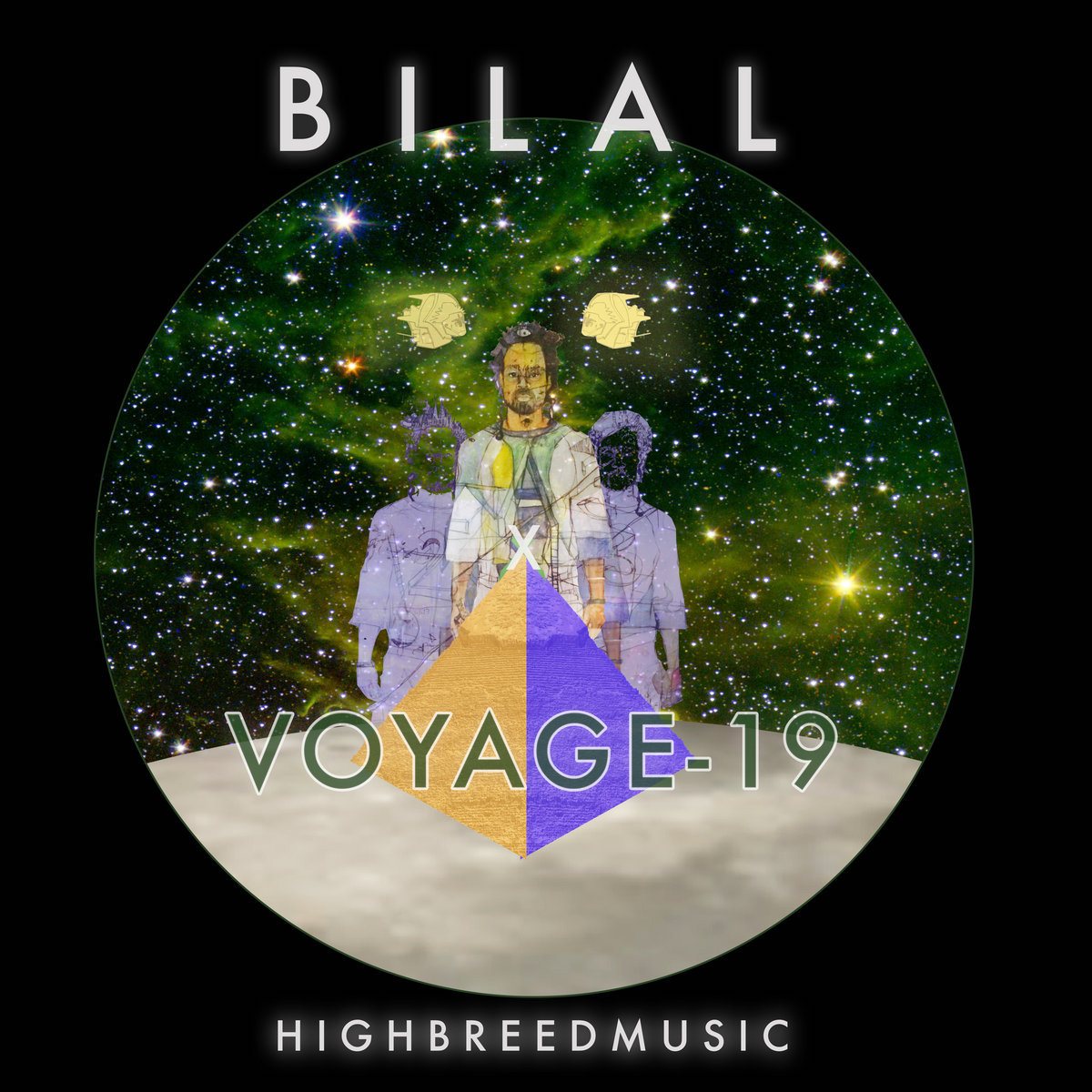 Veteran R&B and soul artist Bilal has returned with his first album in five years. Stream VOYAGE-19 below via Bandcamp.

The long-awaited follow-up to 2015’s In Another Life was created over the course of just three days last month in partnership with Brooklyn-based studio HighBreedMusic. Joining the Grammy-winning musician remotely was a long list of special guests, who all recorded their parts in real time as part of a live event. Among those who participated: Erykah Badu, Robert Glasper, Nick Hakim, Cory Henry, Madison McFerrin, Marcus Strickland, and Jaime Woods. Ben Williams, Ray Angry, Brandee Younger, Marcus Gilmore, Louis Cato, and Melanie Charles also appear on the project.

VOYAGE-19 is broken up into three separate parts, one for each day: “Day One – Warning-19”, “Day Two – Last Hope”, and “Day Three – Voyage to a New World”. Bilal co-produced the effort alongside Tariq Khan, known for his work with Badu and FKA twigs.

This is the first release of 2020 from Bilal. Late last year, he featured on the Queen & Slim soundtrack, as well as Glasper’s Fuck Yo Feelings mixtape.

Read a longer statement on the new album:

On Aug 7th-9th, 2020, an unprecedented and extraordinary live event made recording history. For 54 hours, the world watched as legendary Grammy-winning artist Bilal (Musician, Actor, Composer, Producer, Vocalist), an original member of the iconic Soulquarians movement, Record Producer Tariq Khan (Slingbaum: Erykah Badu, FKA Twigs; Blue Note Records), and 30 musicians and vocalists, remotely recorded and composed an experimental 3-song EP, part-by-part, from 30 different locations. Each participant recorded their contributions from the safety of their own homes — in real-time. This multinational interactive recording session was broadcast live with Bilal’s creative process as the centerpiece, and used an innovative approach pioneered by HighBreedMusic (HBM) which combined several technologies to turn the isolation of the Covid-19 pandemic into an opportunity for collective creative expression.