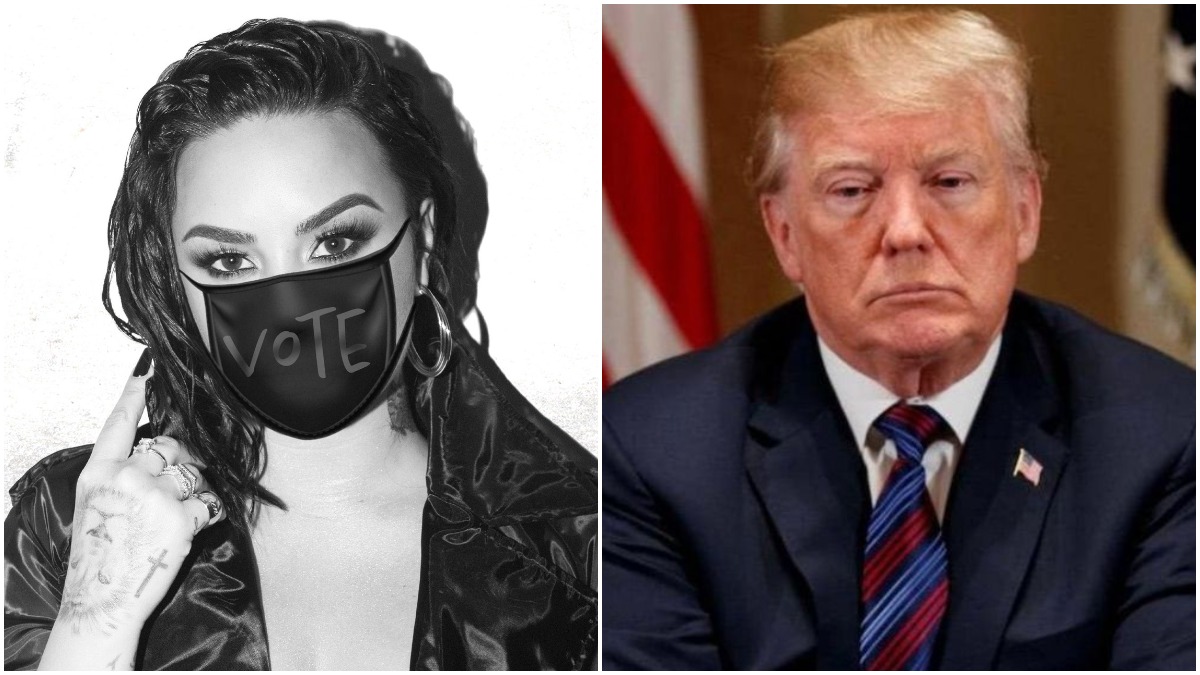 Demi Lovato has unveiled a new anti-Trump protest song called “Commander In Chief”. It was co-written with FINNEAS, and it certainly doesn’t mince words about Trump’s pervasive corruption and general animosity toward the people he governs.

“Commander in Chief, honestly/ If I did the things you do, I couldn’t sleep/ Seriously, do you even know the truth?/ We’re in a state of crisis, people are dying/ While you line your pockets deep/ Commander in Chief/ How does it feel to still be able to breathe?”, goes its hook, which Lovato sings with more force each time around.

Throughout the verses she references Trump’s mishandling of the California wildfires and him bunkering down while people protest police brutality outside of the White House. However, that line “How does it feel to still be able to breathe?” is the clear standout because it works as a reference to both George Floyd (who died after proclaiming “I can’t breathe”) and the hundreds of thousands of people who’ve died under his watch from the respiratory illness COVID-19.

The song itself is a dramatic piano ballad that definitely has FINNEAS’s thumbprint on it; it’s not hard to imagine his sister Billie Eilish singing over this in a different context. However, Lovato’s vocals and her resilient message are certainly its most identifying aspect. Take a listen below.

“Commander In Chief” arrives just in time for Demi Lovato’s performance at the Billboard Music Awards tonight, October 14th, at 8 p.m. ET on NBC. She’s also promised fans that she’ll be releasing an official music video for “Commander In Chief” right after her performance, so stay tuned to her socials for when that drops.

A couple weeks back, Lovato released a non-Trump-related song called “Still Have Me”.