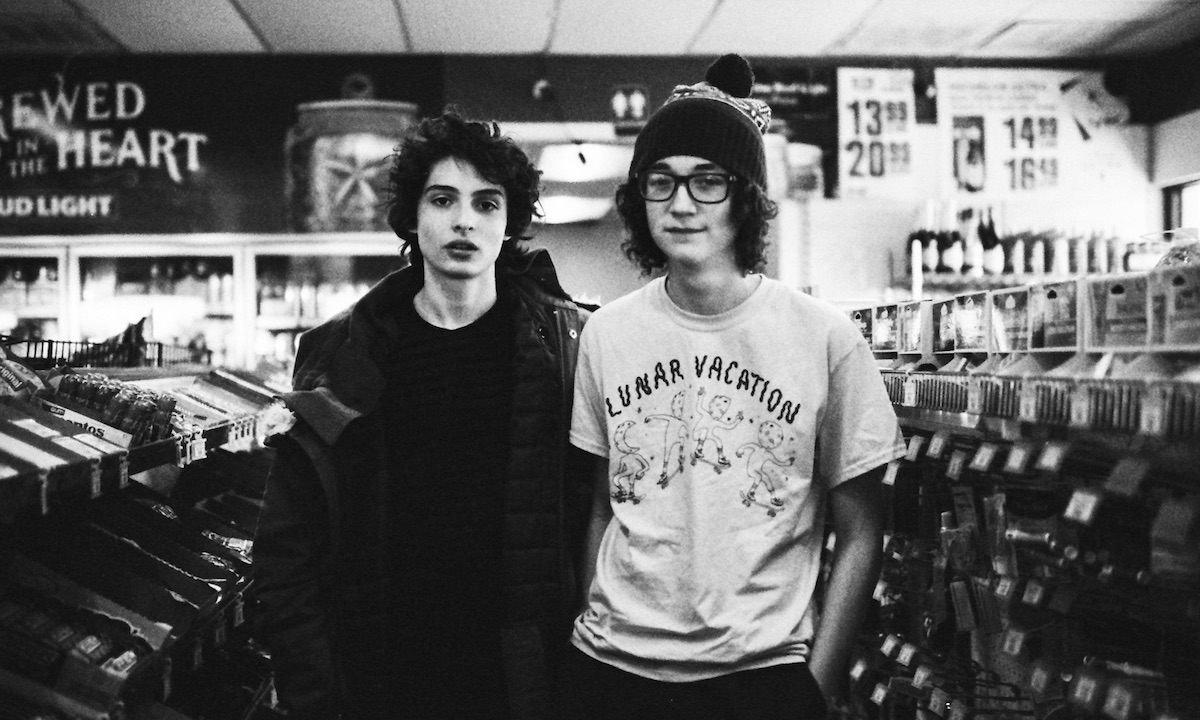 Shortly after the breakup of their band Calpurnia late last year, singer-guitarist Finn Wolfhard and drummer Malcolm Craig decided to team back up to form The Abureys, a new indie rock band that’s more influenced by Jay Reatard than The Strokes. Today, the duo is back with a brand new song under that moniker called “Smoke Bomb”, and it comes with an excellent on-brand music video, too.

This is the second track we’ve heard from The Aubreys so far following “Getting Better (otherwise)”, their debut single. It doubled as a contribution to the soundtrack for thriller The Turning, too. Whereas that track was meant to be an angst-filled burst of fuzz, though, “Smoke Bomb” is full guitar-pop bliss, complete with scruffy feedback tones.

In the music video for “Smoke Bomb”, Wolfhard and Craig photoshop their faces into iconic horror scenes from Alien, A Nightmare on Elm Street, Chucky, Poltergeist, Jurassic Park, The Ring, and plenty more. It’s perfectly tongue-in-cheek, with both members playing into it by making weird faces and sneaking in hilarious details, like superimposing their “Ooh Ooohs” from the chorus onto the typewriter paper in The Shining. We dare you to watch the music video below and see how many easter eggs you can find.

With the coronavirus pandemic continuing to stretch on for what feels like forever, hopefully the boys in The Aubreys have more time on their hands than expected. Will there be a new song or two before the end of the year? We hope so, especially considering Wolfhard’s acting plans appear to be put on hold these days, with productions like Ghostbusters: Afterlife and Stranger Things Season 4 being delayed until 2021.