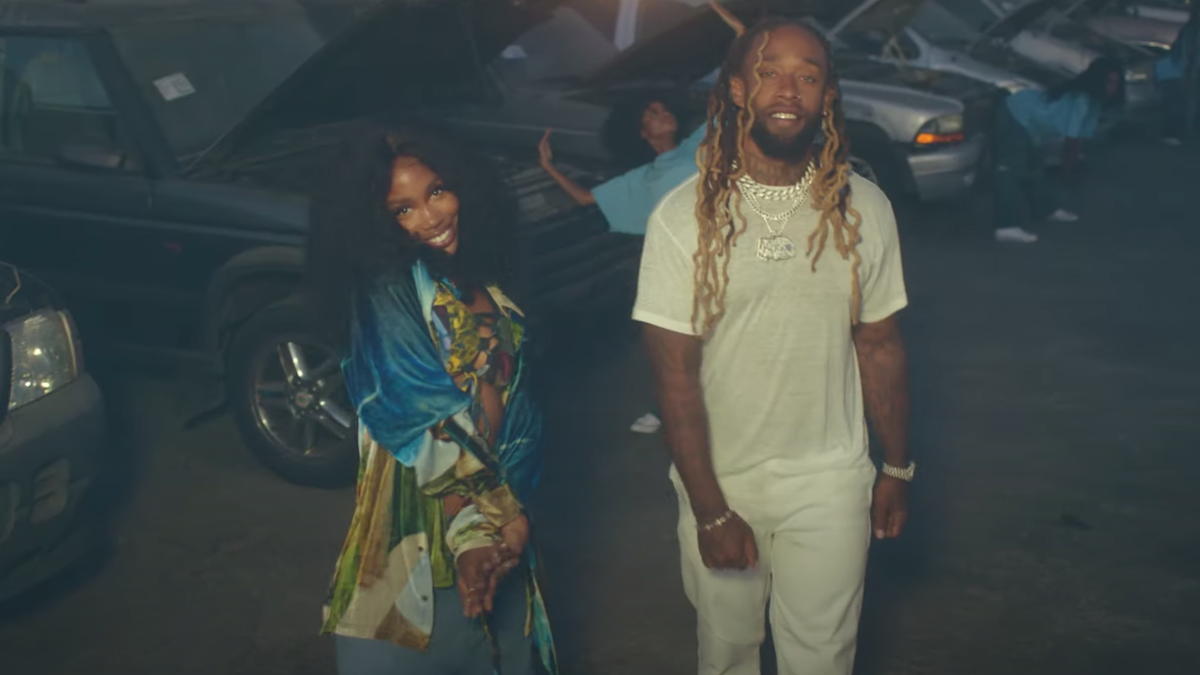 SZA has returned with little forewarning to deliver a new song called “Hit Different”. Produced by The Neptunes and featuring Ty Dolla $ign singing the hook, the track marks SZA’s first single as a lead artist since dropping Ctrl in 2017.

The smooth R&B tune sounds like a love song, but the thing that “hits different” is the heartbreak. “You’re a wild one/ And I’m wading in you like it’s cool water/ Like it’s cool when you pull up boo’d up with a new and it’s not me,” SZA sings. The cut is also something of a two-fer, as the back third feels like an entirely separate movement with its own lyrical flow and slower beat.

The track comes equipped with a music video that happens to mark SZA’s directorial debut. Check it out below.

“Hit Different” is the latest in a string of 2020 collaborations for SZA. She teamed with Justin Timberlake on “The Other Side” for the Trolls World Tour soundtrack, and appeared on Childish Gambino’s (aka Donald Glover) surprise March album 3.15.20. She also teamed with Lizzo in the early days of the pandemic to bring some chill to the world with a mediation session.

Last summer, SZA promised the follow-up to her masterful debut would be coming “soon as f*ck.” She’s since teased collaborations with Timbaland, Sia, Lizo, Megan Thee Stallion, Pharrell, Kehlani, and Jhené Aiko. In a series of since deleted tweets last month, she suggested a “hostile” relationship with Top Dawg Entertainment and president Terrence “Punch” Henderson was holding up the release. “I’ve done all I can do,” she wrote. However, “Hit Different” is out via TDE and RCA, so perhaps things have been smoothed over.