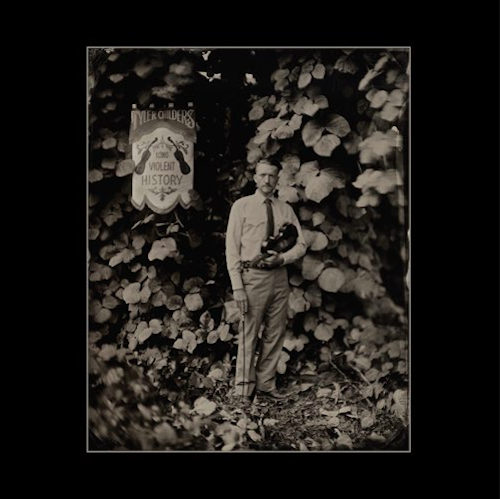 Childers announced the follow-up to 2019’s Country Squire in a six-minute video essay on YouTube. The first eight tracks are traditional fiddle instrumentals “intended to create a sonic soundscape for the listener, to set the tone to reflect on the last track, which is my own observational piece on the times we are in.” That final statement, “Long Violent History”, is an explicit appeal to rural white voters on behalf of the Black Lives Matter movement. Childers asks his listeners how they would behave if their friends and families were treated the way that Black Americans have been treated. He sings, “How many boys could they haul off this mountain/ Shoot full of holes cuffed and laying in the street/ ‘Till we’d come into town in a stark ravin’ anger/ Looking for answers and armed to the teeth?”

In the video, Childers expounded on those same ideas, saying, “What I believe to be one of the biggest obstacles… is our inability to empathize with another individual’s or group’s plight.” He continued, “I would ask my white, rural listeners to think on this,” before hypothesizing,

“What if we were to constantly open up our daily paper and see a headline like ‘East Kentucky man shot seven times on fishing trip,’ and read on to find the man was shot while fishing with his son by a game warden who saw him rummaging through his tackle box for his license and thought he was reaching for a knife…? How would we react to that? What form of upheaval would that create? I venture to say if we were met with this type of daily attack on our own people, we would take action in a way that hasn’t been seen since the Battle of Blair Mountain in West Virginia. If we wouldn’t stand for it, why would we expect another group of Americans to stand for it? Why would we stand silent while it happened, or worse, get in the way of it being rectified?”

Childers is donating 100% of net proceeds from the new album to the Hickman Holler Appalachian Relief Fund, which he and his wife Senora May established in 2020 to raise awareness and money for “philanthropic efforts in the Appalachian Region.”