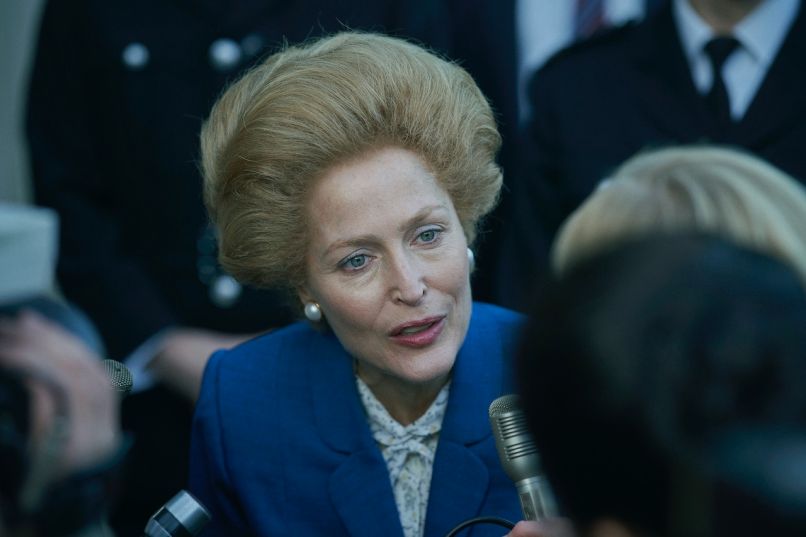 Season 4 also prominently features the long-awaited appearance of Diana, Princess of Wales (Emma Corrin), and explores the majority of her troubled marriage to Prince Charles (Josh O’Connor), having finally reached an era that many of us remember from personal experience, rather than history books or documentaries

But this season does not rest on its exciting historical events, shaping the narrative to present its most pointed examination of the monarchy as an institution. Along with the glamorous clothing, lavish sets, and beautiful cinematography, Season 4 revolves around two entirely different women and explores how their influence on Queen Elizabeth irreversibly shaped the course of the royal family and the nation itself.

Madam Prime Minister: The season begins as Margaret Thatcher has her first audience with Queen Elizabeth. Anderson plays the role well but like John Lithgow’s portrayal of Winston Churchill in earlier seasons, it takes a moment to reconcile her recognizable face with the mannerisms and speech patterns of the iconic woman she’s portraying. But she settles into the role and humanizes the so-called Iron Lady, presenting her as a complicated figure by showing both her steely resolve and relentless commitment to action, characteristics that put her in direct opposition to the Queen whose main source of power lies in doing nothing.

Elizabeth seems to crave a connection from perhaps the only woman in the world who could begin to understand her position as a female leader, but Thatcher’s resistance to this demonstrates her own complicated relationship with other women and positions her as anti-feminist. Her depiction here posits that while her accomplishments may have been a major step forward for gender equity, she herself did little to ensure that other women would follow in her footsteps. 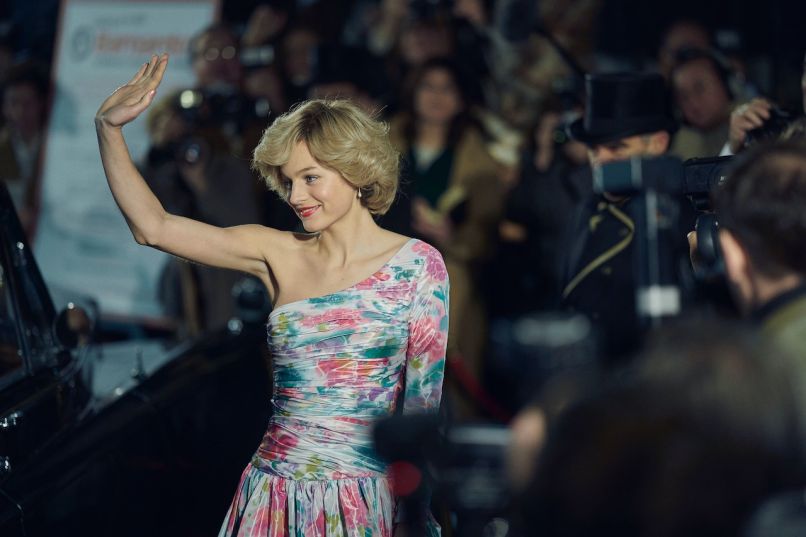 The Princess of Wales: While Thatcher is an interesting foil for Queen Elizabeth, this season belongs to Diana. We rejoin Charles as he struggles to pick a suitable wife and move on from Camilla (Emerald Fennell). Diana is introduced to Charles and the audience in a costume from a production of A Midsummer Night’s Dream while coquettishly hiding behind house plants. He is immediately enchanted by this fairytale meeting, and the two peer at each other through leaves and flowers, bringing to mind the chance meeting of another ill-fated couple, Romeo and Juliet. The Windsor family’s obsession with stalking wild game and other blood sports while Diana is auditioning at Balmoral castle is an apt metaphor for the way Diana was also targeted then destroyed by a family so unfamiliar with honest expressions of love.

While we see iconic moments, namely Diana’s wedding dress and the engagement ring recently given to Kate Middleton by Prince William, it’s clear from the beginning that this is an unhappy match and that the “fairytale couple” have little in common. Corrin beautifully brings to life the shy magnetism coupled with the fragile naivety of the iconic Princess, as well as the rumored affairs and eating disorder resulting from the pain and isolation of life inside a loveless marriage on the world stage. More than any before it, this season lays bare the emotional toll accompanying the pressures of royalty. In Diana, we also see an attempt to break out of this destructive cycle as she demands acknowledgement and resolves to give her sons, the Princes William and Harry, a different life than that of their father. 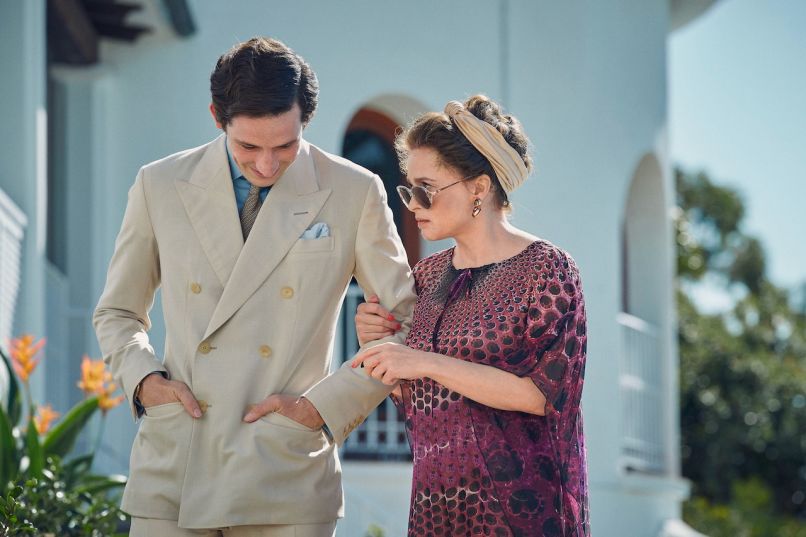 The Prince of Wales: Much of the story revolves around Charles’ struggle to reconcile his heart with his duty, and O’Connor deftly transitions between victim and villain, adding nuance to an often-maligned figure and reminding us that the rejection from his parents and the constant sacrifices required by his position all inform the way he approaches his arranged marriage. Rather than place the blame solely on his shoulders, Morgan takes pains to show Charles’ desperate attempt to follow his heart and marry the woman he actually loves.

This “fairytale” romance builds on the arcs of earlier seasons in which characters were forced to abandon their passions and desires for the stability of the nation, and it is here that the cracks in the glass slipper begin to show. While Phillip (Tobias Menzies) seems to have made peace with his role, Princess Margaret (Helena Bonham Carter) struggles with loneliness and depression, desperately trying to find purpose in her life while unwilling to leave the institution that has deprived her of it. The forgotten sister, she has outlived her usefulness and seen herself replaced with a younger, more vivacious princess. As Margaret begins therapy, she learns that distant relations have been hidden away to hide their disabilities from the world lest they present a less than perfect image, shedding a cruel light on the consequences of expecting perfection from flawed human beings. 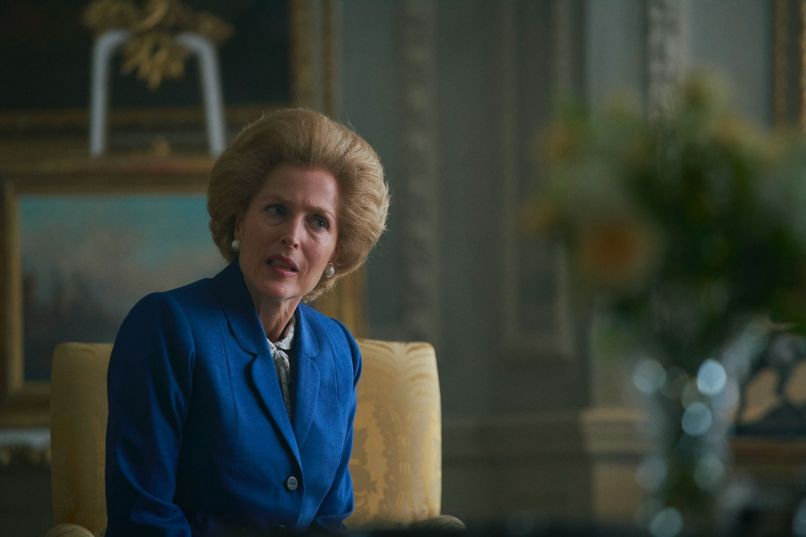 The Commonwealth: The themes of this season feel surprisingly relevant for a show chronicling decades-old stories. We see Margaret Thatcher ask Queen Elizabeth to dissolve Parliament, a political maneuver brought to the fore when Boris Johnson asked her to do the same during Brexit negotiations. The troubling story of Michael Fagan, the man who broke into Queen Elizabeth’s bedroom, demonstrates the vast difference between faceless statistics on job losses and the lived experience of unemployment.

It’s a damning indictment of Thatcher’s economic policies and tough-love approach designed to inspire people to pull themselves up by their bootstraps while simultaneously ensuring that bootstraps themselves are hard to come by. We also meet the now-disgraced Prince Andrew and watch as Elizabeth recognizes the seeds of his abhorrent behavior, but does little to address them. But perhaps most relevant is the depiction of Diana’s misery in light of the recent decision by Prince Harry and Meghan Markle to give up their titles and leave royal life behind. The choice to walk away has never seemed more reasonable. 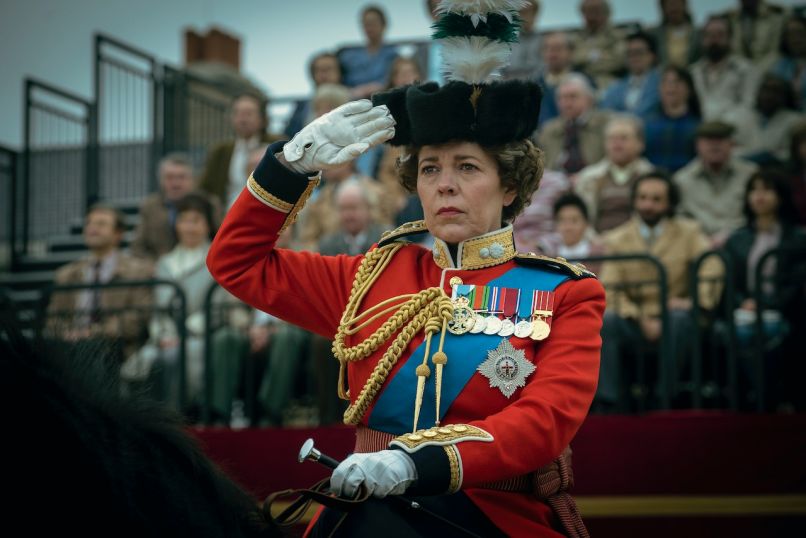 Her Majesty The Queen: While Elizabeth is personally at her most stable, confident in her position in a way we haven’t seen before, the rigidity of her role as sovereign is called into question as, time and again, she allows her position to drown her humanity at the cost of those around her. All of these dynamic factors converge and collide with the icy coldness she’s imposed on herself as a way to survive wearing the crown, and she begins to understand the lasting damage this lack of affection has done to her personal relationships. It’s in the season’s final moments that we see recognition of this as she reaches out for human connection only to be denied.

The Verdict: As the narrative timeline flies by, we see modern forces crash against the monarchy, and Morgan’s overall thesis begins to emerge, questioning a tradition that has perhaps outlived its purpose. Given the human toll of presenting flawed human beings as ideals, it’s time to question whether the monarchy itself is worth upholding. While Season 4 offers magnificent opulence, magnetic performances, and flawless execution, it’s underlying theme asks if the time for change has finally come.

Where Can I Watch It? Season 4 of The Crown will be streaming on Netflix beginning Sunday, November 15th.