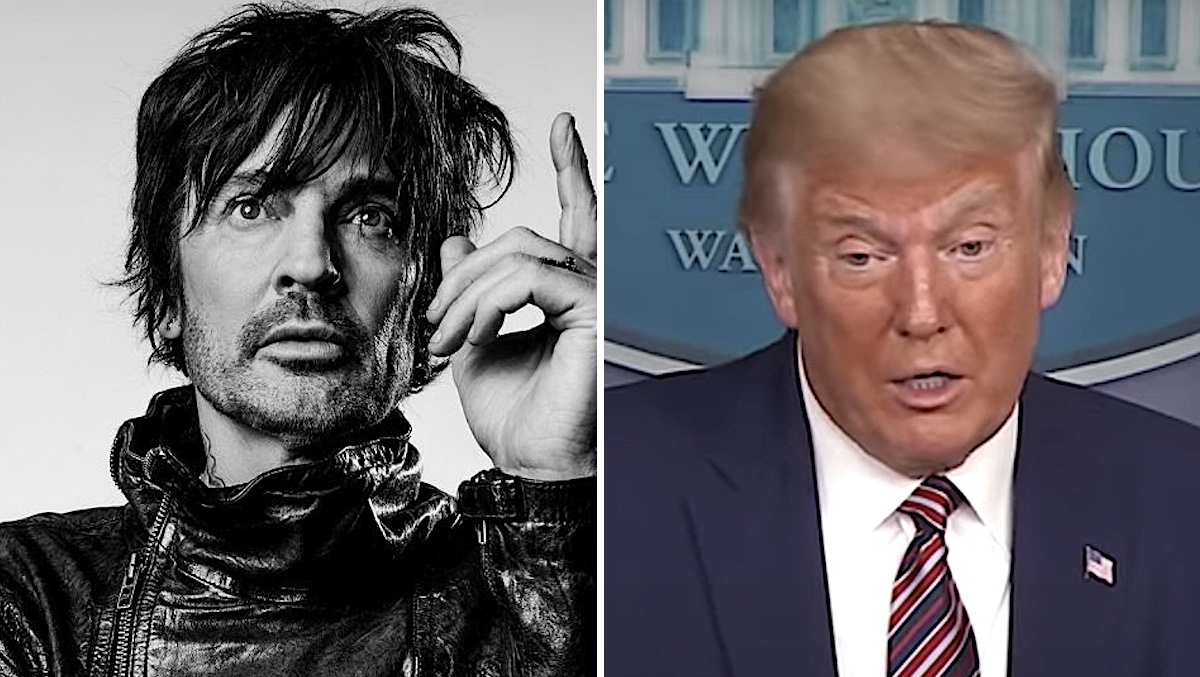 Tommy Lee has had enough of Donald Trump, so much so that he insists he’ll leave the United States if the incumbent wins the upcoming presidential election. As to where he’d move, the Mötley Crüe drummer has his eyes on his “motherland”, otherwise known as Greece.

In an interview with the British newspaper The Big Issue, the veteran rocker was asked how he’d deal with four more years of Trump. “Dude, I swear to God if that happens then I’m coming over to visit the UK — I’m out of here,” Lee responded. “I’ll go back to my motherland, go back to Greece and get a house on one of the islands.”

Lee was actually born in Greece to his father, U.S. Army Sergeant David Lee Thomas Bass, and mother, Vassiliki “Voula” Papadimitriou, a pageant contestant who represented Greece in the 1960 Miss World contest. When Lee was about a year old, his dad moved the family back to the United States.

The drummer continued, “The thing that stings the most is that I feel like we’re embarrassing. I feel like people in Europe and the rest of the world look at America and think: ‘What the f**k are you guys doing over there? Stop voting for celebrities and get someone real to run the country.’”

In our own Zoom interview with Lee in June, the musician ripped Trump for beefing with Twitter after the social media service flagged a few of the president’s tweets. “Here’s a guy who’s always getting fact-checked, ’cause his shit’s always f**kin’ wrong,” Lee told us. “I don’t understand why he’s tripping on Twitter for fact-checking.”

And earlier this year, Lee was baffled by Trump getting lovey-dovey with an American flag, remarking, “What the f–k is wrong with you, dude?”

On the music front, Lee is set to release a new solo LP, ANDRO, this Friday (October 16th). The album, which dabbles in electronic, hip-hop, and industrial music, can be pre-ordered here.

The drummer was also set to reunite with Mötley Crüe for a massive co-headlining stadium tour with Def Leppard this year. Those dates have been pushed to 2021 due to the pandemic.

In the meantime, Lee has become a TikTok star, garnering millions of views for a steady series of amusing clips with his wife, Brittany. In their latest TikTok video, Brittany surprises Tommy by wrapping his Rolls Royce in the pink imagery of the ANDRO album cover, which didn’t go over too well with the drummer.

Check out the aforementioned TikTok clip below, followed by our own two-part interview with Tommy Lee.