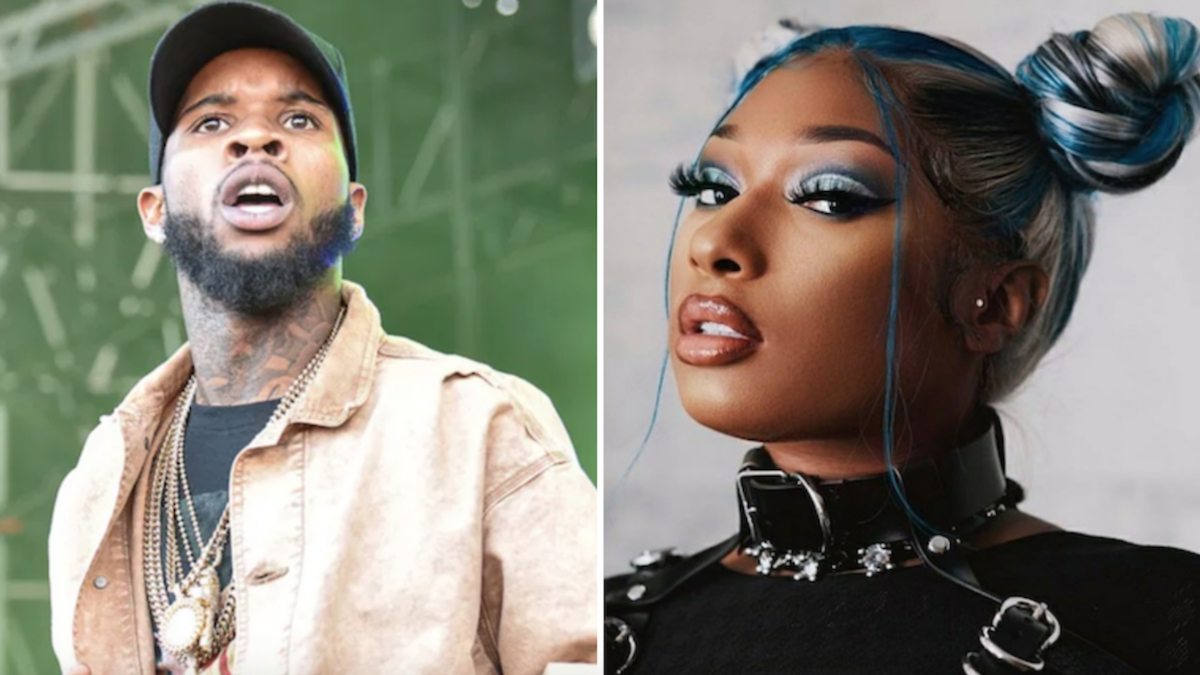 Until today, Tory Lanez had remained largely silent about allegedly shooting Megan Thee Stallion in the foot back in July. Now, though, the rapper born Daystar Peterson has finally broken his silence on the matter, but not by publicly apologizing or even issuing a simple statement. No, instead the Canadian MC has released a whole damn album denying Megan’s claims and bemoaning their impact on his career.

Quick recap: Tory Lanez was arrested in mid-July on concealed weapons charges. A few days later, Megan revealed she’d actually been shot in the foot prior to his arrest. About a month after that, the “WAP” rapper confirmed rumors that it was indeed Lanez behind the trigger.

Which brings us to last night. After disappearing from social media following the arrest and shooting, Lanez returned to Instagram. He posted a picture of what turned out to be the cover of a new album called DAYSTAR, along with the message, “There is a time to stay silent . And a time to speak ….. I said all I could say on this…” Released to all streaming services, DAYSTAR was immediately called out for attempting to capitalize on the shooting of a Black woman. Adding to the insensitivity, the LP arrived just one day after the lack of charges in the police shooting of Breonna Taylor, an unarmed Black woman.

The record alternatively finds Lanez fuming over the accusations, begging Megan Thee Stallion to come back to him, and griping about how his career has taken a hit. Just look at this collection of bars from opener “Money Over Fallouts”:

Within four sentences he calls Megan a liar, claims her team is trying to pay him off, bemoans the accusations’ impact on his finances, and uses his social media presence as clout. The song goes deeper into his bewailing of cancel culture, with him rapping, “They was on the blog sayin’ I’m canceled from this entertainment/ I was on that Spotify like thirty million monthly listeners, I’m fuckin’ goin’ crazy.” Honestly, what?

“Money Over Fallouts” gets even worse as he tries to dance around feeling betrayed by Megan and yet wanting her back:

“And I thought that you was solid too, but look at how you doin’ me
Look at how you doin’ me, people tryna ruin me
And what’s even worse is I’m still thinkin’ about you and me
How you goin’ live my birthday with all your jewelry to try to make some fool of me?
But I love you hard so I’ma cool it, B
‘Cause I was coolin’ right with Cuban, B, that was a stupid me
Somehow I’m still down to renegotiate the unity
My heart is some foolery, this shit is just confusin’ me.”

Later, on “Sorry But I Had To…”, Lanez says the whole incident stemmed from a party at Kylie Jenner’s house. He alludes to Megan being drunk on tequila and getting jealous when Tory, “Unapologetically, jumped inside a pool and Kylie’s face was lookin’ heavenly.” The rest of the track finds him calling out other rappers and celebrities like Chance the Rapper, J.R. Smith, Asian Da Brat, and Bun B for taking Megan’s side.

He goes on to claim a Black man getting rights to his masters makes them a target (quick, someone call Kanye!), aligning himself with Prince and Michael Jackson. Then there’s this gem of a phrase:

“And Chris Brown, a Black man that changed his life for the right/
And still, Black Twitter findin’ ways to tear him down and bring him back in/
A rapper catch a domestic, y’all start to talk that action.”

Yeah, you know you’re on the right side of things when you’re using a known domestic abuser as your redemption argument.

All in all, DAYSTAR is a shockingly tone-deaf work of new millennium cry-baby masculinity and lack of accountability. Perhaps, in its own dark way, it sums up 2020 better than most other albums this year. If you must, stream it below via Soundcloud.