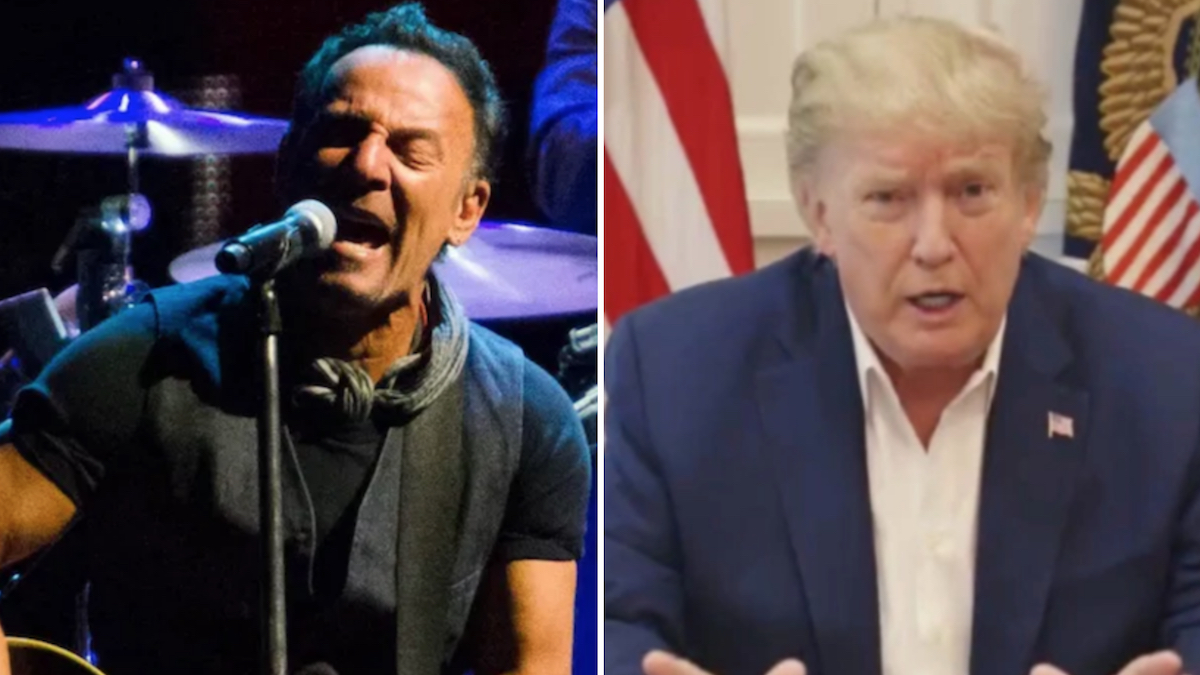 Because the whole Donald Trump has COVID-19 thing isn’t enough of a fiasco, the president’s supporters had to drag Bruce Springsteen into this. A small group of MAGA sycophants stood outside Walter Reed Medical Center on Sunday to show their love for Trump — by playing “Born in the USA”.

To emphasize for what has to be the bajillionth time, “Born in the USA” is not a pro-patriotism song. It’s a lament for a country addicted to feeding its working class populace into pointless wars, only to leave them neglected once they return. So the fact that these people were blasting this protest song outside of a military hospital, where actual members and veterans of the military are trying to rest and be cared for, crosses irony over to actual ignorant cruelty.

That’s without even mentioning Springsteen’s own feelings on Trump. He’s called Trump “a threat to our democracy,” saying his actions are “outrageously anti-American, so totally buffoonish and so stupid, and so anti–freedom of speech.” Back in June, he labeled his response to the pandemic “a national disgrace” and admonished him to “put on a fucking mask.”

It wasn’t until Sunday that Trump finally listened — when the COVID-positive POTUS locked himself in a hermetically sealed car with healthy Secret Service members for a drive-by “hello” to the same folks playing “Born in the USA”. An attending Walter Reed physician called the move “insanity,” adding, “Every single person in the vehicle during that completely unnecessary Presidential ‘drive-by’ just now has to be quarantined for 14 days. They might get sick. They may die. For political theater. Commanded by Trump to put their lives at risk for theater.”

We’re well into the fourth decade of the American right wing not listening to the actual lyrics of Born in the USA. https://t.co/9Kms58KMUq

“Born in the USA” is played at most Trump events.

The Boss for the win…pic.twitter.com/gN1ivW9T1F