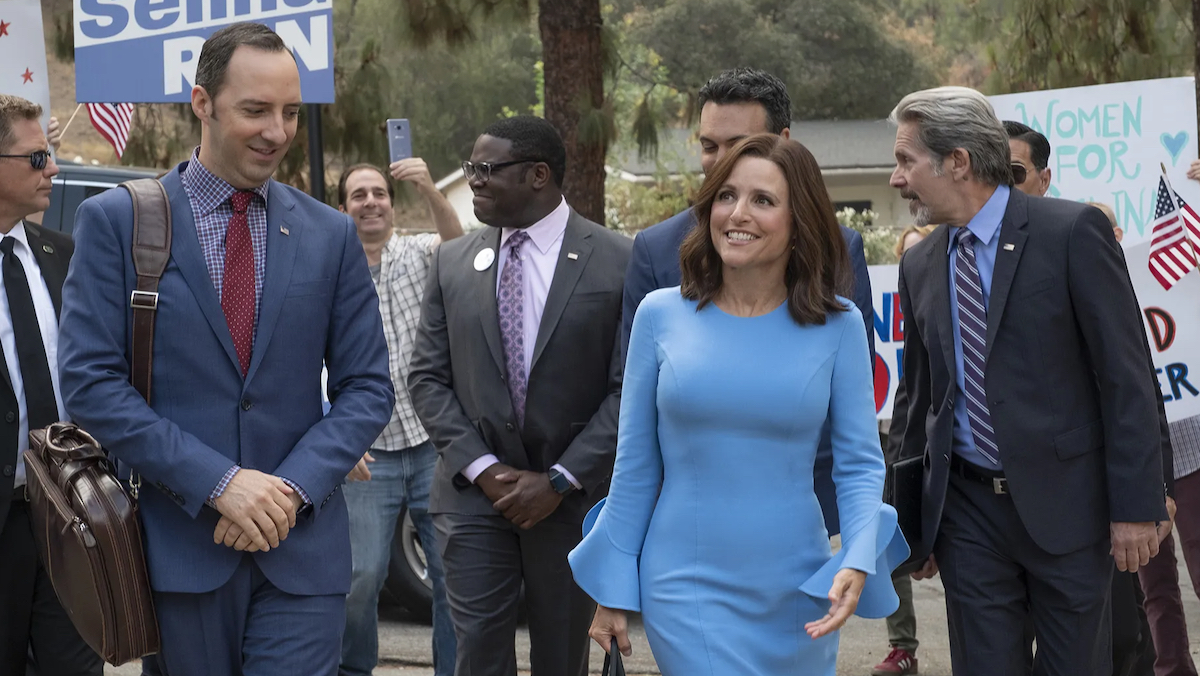 Since 2016, political comedy shows have had to compete with the stranger-than-fiction nature of the Trump White House. To make sure the next four years of beltway humor don’t endure the same struggles, the cast of HBO’s Veep is reuniting for a Democratic Party of Wisconsin virtual fundraiser.

Julia Louis-Dreyfus, the show’s titular Veep Selina Meyer, announced the event in a Twitter video. “Trump can’t win reelection if he doesn’t win Wisconsin,” she said in the clip. “The future of democracy is on the line, people.”

Fans of Veep and democracy in general can donate any amount of money to the Wisconsin Democratic Party for entry to the livestream reunion.

The WDP’s voter mobilization efforts in the swing state have relied heavily on nostalgic, one-off celebrity events this election season. Earlier this month, they got the cast of Parks and Recreation together for a similar fundraising reunion, and brought back the Princess Bridge cast for a virtual table read.

For her part, Louis-Dreyfus has long been a more positive political force than her satirical HBO character. She and Joe Biden actually teamed up for a White House Correspondents’ Dinner video in 2014 (watch below), and she hosted a night of the Democratic National Convention back in August.