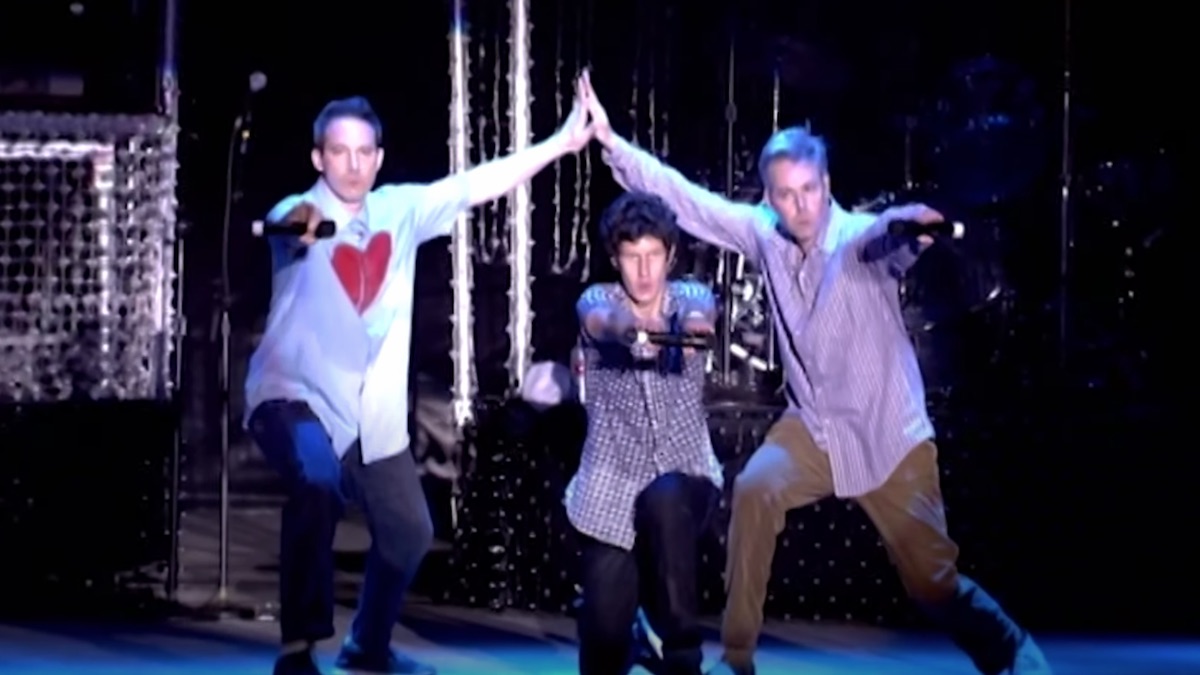 As the coronavirus pandemic looms on, many artists are stepping up to the plate to help fans pass the time by uploading archival footage from years past. Now, Beastie Boys are doing their part by sharing their final concert ever, their 2009 headlining performance at Bonnaroo, for free on YouTube all weekend long.

The performance actually aired on Thursday night during the kickoff to Bonnaroo’s Virtual ROO-ALITY three-day streaming event, but apparently that wasn’t enough for fans. “The last gig,” the group tweeted on Friday. “We’ve heard from so many fans around the world that were unable to tune in last night, so our friends at Bonnaroo are letting the set live online through the weekend.”

The rap icons never planned to make this Bonnaroo set their last. At the time, Beastie Boys had just announced the first half of a planned two-part album, Hot Sauce Committee Part One, would drop that fall and had scheduled coinciding tour dates. Barely a month after their Bonnaroo stop, though, Adam “MCA” Yauch was diagnosed with salivary gland cancer. Yauch sought medical help and the band immediately agreed to put the album on hold and cancel promotional plans. The album was ultimately shelved, but they released Hot Sauce Committee Part Two in 2011. Almost a year to the day later, Yauch passed away.

Beastie Boys’ last show was a memorable one for too many reasons to count, and the excitement at the festival is captured perfectly over this stream. Watching the group dominate a a 24-song setlist — including material from Ill Communication and Hello Nasty on through to their 1982 EP Polly Wog Stew — is a genuine thrill, especially if you never got to see them live. They even brought out Nas for a surprise cameo on “Too Many Rappers”. To top it off, they ended the night with an invigorating performance of “Sabotage”.

Thanks to high-quality audio and considerably detailed camera shots courtesy of Bonnaroo’s team, this is a rare opportunity to watch some of raps’ true masters at work. Watch the performance in full below.

Earlier this year, Beastie Boys earned an Emmy nomination for the Beastie Boys Story documentary directed by Spike Jonze. They also dropped a new glossy photo book, announced a Greatest Hits album, reunited with their longtime pal Rick Rubin, and even got their own SiriusXM channel. Fans who prefer the band’s hardcore origins will be glad to know that Beastie Boys recently uploaded their early ’90s punk EP Aglio E Olio to streaming services, too.

The last gig..
We’ve heard from so many fans around the world that were unable to tune in last night, so our friends at @Bonnaroo are letting the set live online through the weekend.
Check it out here: https://t.co/IEXboJhtAl pic.twitter.com/OgedhHkloH