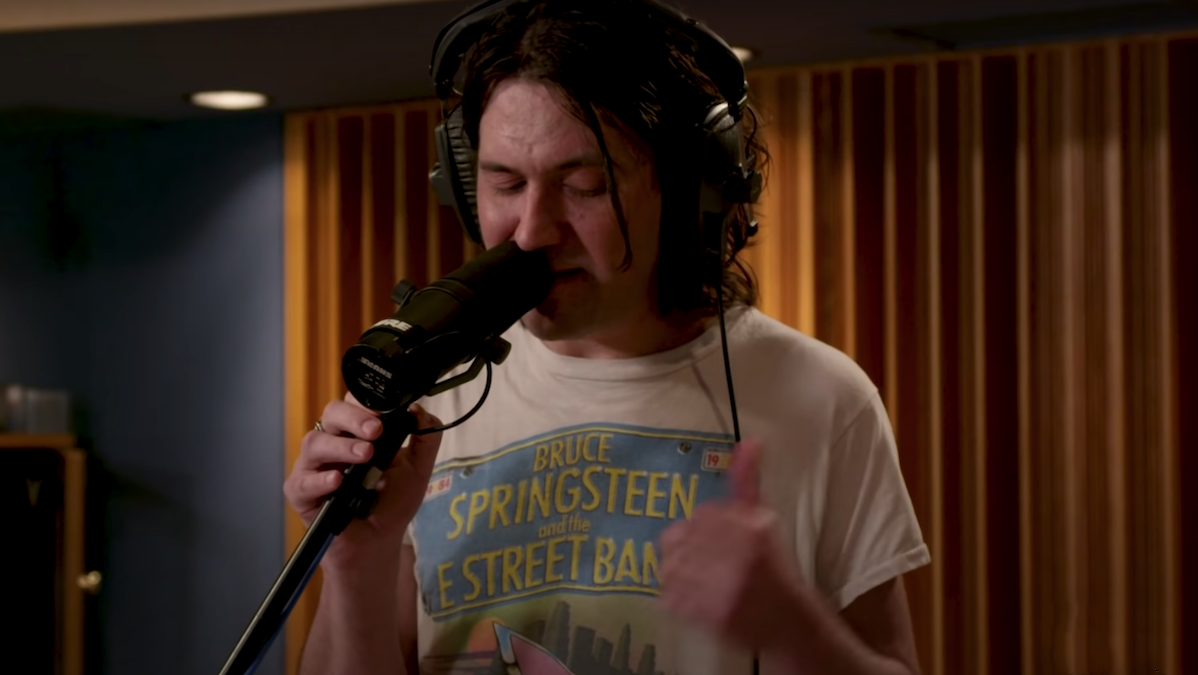 Artists have been taking some understandable liberties with the conceit of NPR’s Tiny Desk (Home) concert series. Recent performances saw  Billie Eilish in front of a cut-out cardboard set of the NPR offices, Phoebe Bridgers behind a miniature Resolute Desk, and BTS inside a Seoul record shop. Bright Eyes might have them all beat, however, as their Tiny Desk (Home) show featured probably the biggest desk of all: a Neve 8068 recording console.

The band’s Conor Oberst and Mike Mogis were at the latter’s ARC Studios in Omaha, Nebraska, where the massive mixing station resides. Their bandmate, Nate Walcott joined virtually from Lucy’s Meat Market in Los Angeles along with backup singer Becky “Lavender Diamond” Stark and their daughter.

Despite being far apart and even farther from Bob Boilen’s classic NPR office setup in Washington, D.C., Bright Eyes put together a powerful four-song set. Three of the tracks came from their latest album, Down in the Weeds, Where the World Once Was: “Mariana Trench”, “Pan and Broom”, and “Persona Non Grata”. To cap things off, they closed with the People’s Key highlight “Shell Games”.

Rocking a vintage Bruce Springsteen and the E Street Band shirt, Oberst took time to shout out the NPR crew. “Usually Bob’s here, usually we say hi to him. So I’m saying hi to him virtually, just like that. I always like going to the Tiny Desk place at NPR because everyone comes out… Lot of nice folks. All the people that work there are always cool,” he added, blowing a kiss to the camera. “So sending them lots of love. Hope you’re doing okay in this insanity which we find ourselves.”