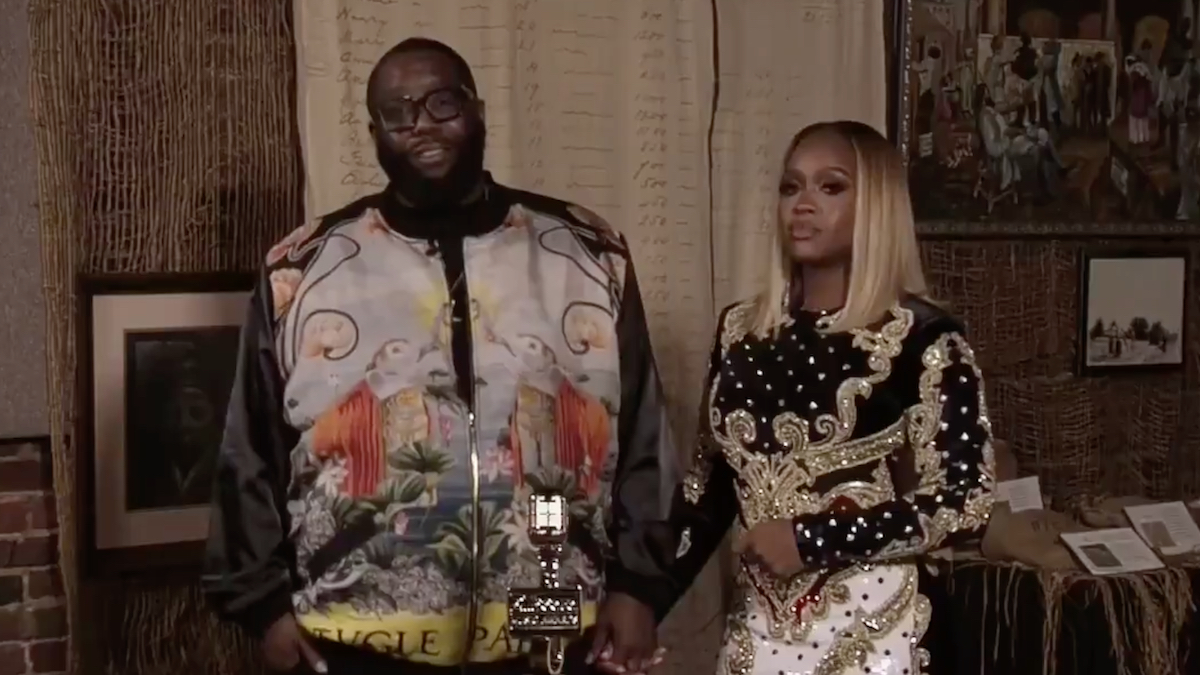 Killer Mike is one of the best rappers in the game — and perhaps the most socially active. His passion could be heard when he gave a speech to Atlanta protesters after the murder of George Floyd, or when he subsequently appeared on Colbert. His careful consideration and belief in Americans’ rights could be read in his op-ed supporting Black gun ownership. And he literally put his money where his mouth is earlier this week when he announced the launch of his Black-owned digital bank, Greenwood.

Honestly, the Run the Jewels rapper’s credentials pretty much speak for themselves, but a little recognition never hurt anyone. At Wednesday night’s Billboard Music Awards, Killer Mike was honored with the first-ever Change Maker Award.

“Killer Mike’s dedication to equality, social justice and financial literacy in the Black community has catapulted him as a headlining figure of social responsibility and activism, as demonstrated in the wake of the slayings of Ahmaud Arbery, George Floyd, Breonna Taylor and Rayshard Brooks,” read a press release announcing the distinction.

Atlanta Mayor Keisha Lance Bottoms was on hand to present Mike, a proud Atlanta resident and businessman, with the inaugural award. Speaking from Atlanta’s APEX Museum, Bottoms commended Killer Mike as a leader “who will not just talk to the talk, but walk the walk. Who will answer the call. Who will rise up and fight for the change we need.”

After a video package recounting his consistent activism, Killer Mike opened his pre-recorded acceptance speech by turning to his wife and reciting a line from the RTJ4 track “a few words for the firing squad (radiation)”: “Friends tell her he could be another Malcolm, he could be another Martin/ She told her partner I need a husband more than the world need another martyr.” “I don’t have a martyr complex, and I am first and foremost your husband,” Mike said to his wife, Shana Render. “And I would not be here receiving this if not for your encouragement, your constant by-my-sided-ness.”

The rest of Killer Mike’s speech saw him thanking the the communities of music, Atlanta, and social justice that helped make him who he is. “Kids who run and dance and sing and jump, all that — all the things they tell you don’t matter matter more than you know,” he added. “The kids that organizing, plotting, planning, strategizing right there on the ground and mobilizing, you are needed more than ever. I am a culmination of all these things.”

Watch a replay of both Mayor Bottoms and Killer Mike’s speeches below.

Throughout his 20-year music career, @KillerMike has been instrumental in social justice and civil rights movements and that is why he is our Billboard Change Maker! Congrats! #BBMAs pic.twitter.com/GIwiSUmdJM