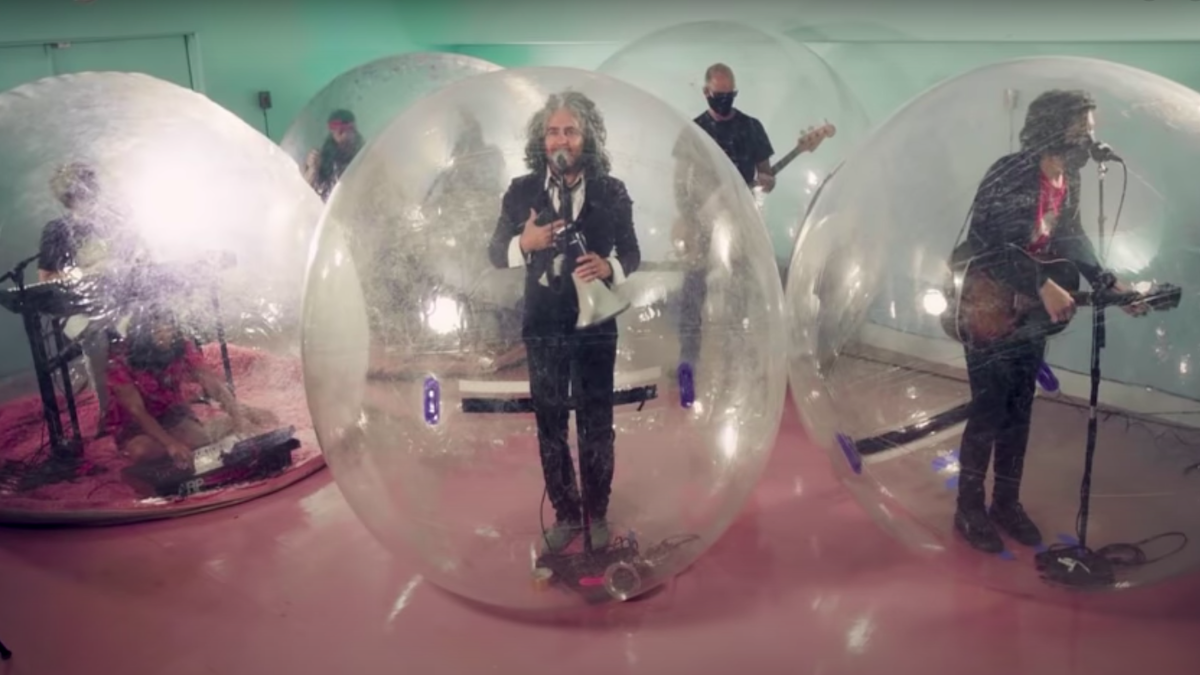 On Friday night, The Flaming Lips appeared remotely on Fallon for a performance of “God and the Policeman”.

This standout song from their just-released album American Head originally boasted the clarion tones of Kacey Musgraves. Perhaps her schedule kept her away from The Lips’ studio, or maybe Petco ran out of hamster balls. It wasn’t a matter of social-distancing, because the Lips have been pioneering that long before it was necessary. Their trademark personal bubbles served them well once again, allowing them to get a little closer than would normally feel comfortable. While many recent late night performances feature bands near each other on stage, the Lips seem to be actually playing together.

American Head dropped yesterday, September 11th. In his review for Consequence of Sound, contributor Tyler Clark argues that American Head stands alongside The Soft Bulletin and Yoshimi Battles the Pink Robots as one of The Lips’ best records.

This also isn’t The Flaming Lips’ first time having a ball on a late night program, as they performed in giant bubbles on Colbert back in June.