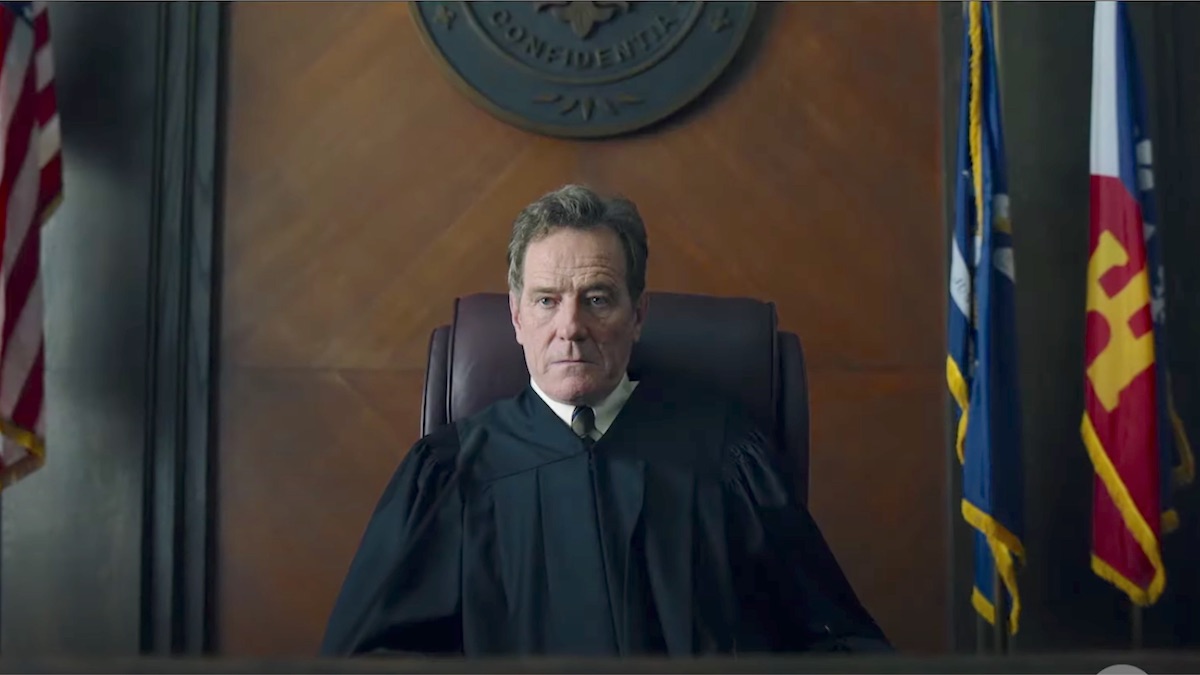 Expect to see Bryan Cranston on your TV screen very soon. For the first time since Breaking Bad, the beloved actor will play the lead role in a brand new TV drama. He stars as the troubled judge at the heart of Showtime’s new legal thriller, Your Honor, which released its debut trailer today.

Your Honor is a special 10-episode limited series that will air on Showtime starting in December. Considering how masterfully Cranston evolved Walter White into an antihero on Breaking Bad and scooped up six Emmy awards for the performance, chances are he will bring a similar A-game to Your Honor. He’s joined on screen by Hunter Doohan and Michael Stuhlbarg. The cast also includes Carmen Ejogo, Isiah Whitlock Jr., Sofia Black-D’Elia, Amy Landecker, Margo Martindale, Lorraine Toussaint, Chet Hanks, Lamar Johnson, and Lilli Kay.

In the trailer, Cranston’s son stands trembling at an intersection covered in blood shortly after killing a man in a hit-and-run. When he confesses to his dad, Cranston tells him to keep his lips shut and vows to protect him, implying he will use his power as a judge to shield him from taking responsibility. But when the autopsy reveals that the man killed was the son of a high-profile mobster, the case takes a turn for the worse, with the mafia, the town’s community, and close friends all being brought into the fold — ultimately building to a much larger, and potentially more deadly, turf war.

Watch the video below.

Following the release of El Camino last year, Cranston parodied The Shining with Tracee Ellis Ross in a Mountain Dew commercial, joined an all-star sing-a-long of Weird Al’s “Eat It”, and starred in the Disney adventure drama The One and Only Ivan. He also contracted COVID-19, but thankfully has since recovered and even donated his plasma to help scientists slow the deadly pandemic.