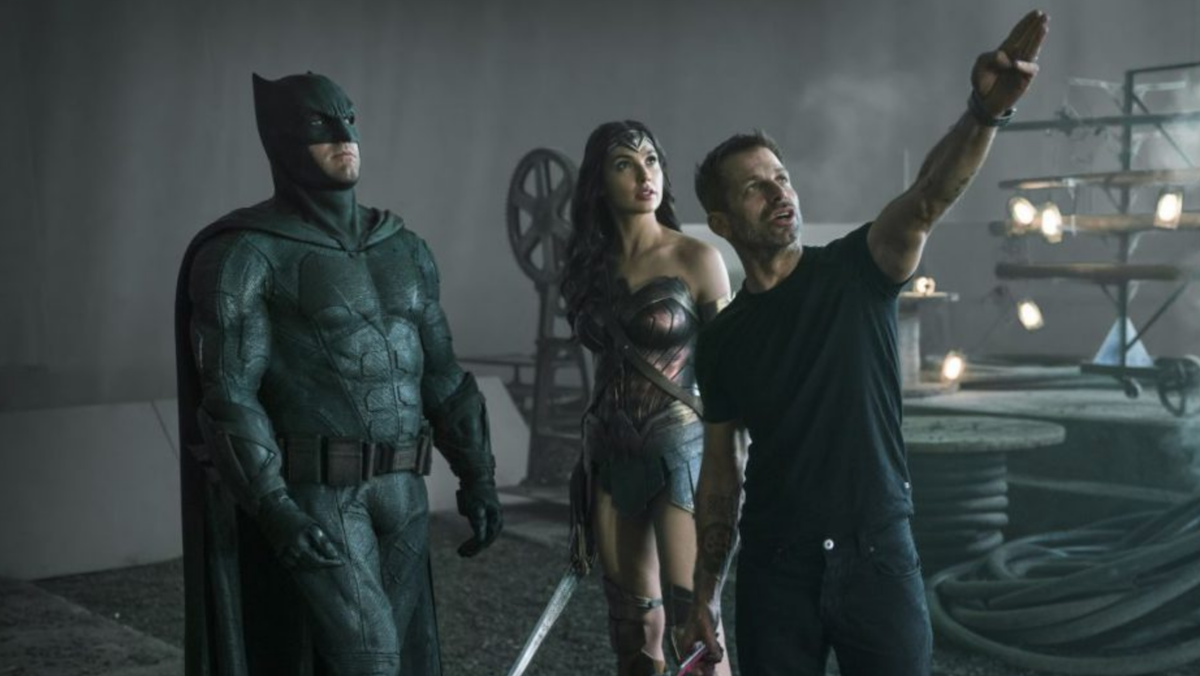 When Warner Bros. finally agreed to let Zack Snyder finish his director’s cut of Justice League, they were pretty clear that there would be no reshoots. After all, they were dumping some $30 million into the project just for re-editing and special effects work alone. However, it now seems the studio has reversed course, as The Hollywood Reporter has it that a “week- or so- long” shoot to capture new footage is set to take place next month.

According to THR, much of the principal cast is expected to return for Snyder’s new shoot. That includes Ben Affleck as Batman, Henry Cavill as Superman, Gal Gadot as Wonder Woman, and — most surprising of all — Ray Fisher as Cyborg.

Fisher had a large portion of his character’s story excised when Joss Whedon took over directing and rewriting duties from Snyder following a family tragedy. The actor has since called out WB for the studio’s handling of that transition, claiming Whedon was abusive on set and executives Jon Berg and Geoff Johns allowed the misconduct to persist.

While Berg and Johns left the studio following the massive failure of the theatrical Justice League, Fisher’s grievances only came to light over the summer. He tweeted out a series of statements accusing Whedon of “gross, abusive, unprofessional and completely unacceptable” behavior. WB began investigating the claims in August, but even that has led to a heated back-and-forth between Fisher and the studio.

Throughout the month of September, Warners and Fisher have traded barbs about the latter’s cooperation with the investigation. When the former released a statement claiming the actor refused to meet with their investigator, Fisher retorted with a screenshot of an email seemingly proving he had “just got off the line with the investigator.” “@wbpictureshas escalated this to an entirely different level, but I’m ready to meet the challenge,” he added.

Since then, Aquaman actor Jason Momoa has backed up his co-star, sharing an Instagram message just last week that read, “@ray8fisher AND EVERYONE ELSE WHO EXPERIENCED WHAT HAPPEN UNDER THE WATCH OF @wbpictures NEEDS PROPER INVESTIGATION.”

Further complicating Fisher’s involvement in any Justice League reshoots is his position in the star-studded Flash film. Cyborg was originally expected to play a large role in that movie, but the part has shrunk with further rewrites. Warner Bros. exercised Fisher’s contract option to have him appear in The Flash, though Cyborg would be limited to, apparently, just three scenes. Sources told The Hollywood Reporter that despite the smaller role, WB upped the previously negotiated fee. Fisher’s side reportedly countered with a request to double that offer, and talks have since stalled.

All that is to say Fisher’s return for more Justice League filming is certainly a surprise. It’s speculative but likely safe to say his willingness to partake in the October reshoots has more to do with Snyder than it does WB.

Justice League: The Director’s Cut, set to be presented as four one-hour parts, is expected to debut on HBO Max sometime next year.